How I got into UX – Becca Finnegan

Unlike fields such as medicine or law, there isn’t usually one clearly defined career path into UX design. The stories of how people end up working in UX are as varied as the career backgrounds that they come from.

Becca Finnegan, who is now working as Lead User Experience Consultant with Paymentsense in London, has had a varied career that included marketing and sales. It was during a business development/sales role that the opportunity came up to move into product management and then into user experience.

Becca, who is originally from Dublin, is also the co-writer of the UX Design Institute’s Mobile UX course and teaches it in cities across Europe. She reflects back on her journey into UX and some of the lessons she’s learnt along the way.

Can you remember what you wanted to be when you were younger?

“I actually wanted to be a vet when I was really really young. Then I got to secondary school and realised that I was terrible at science and my inclination was more to the arts. So that dream quickly died.

“I never really knew what I was going to do after school – we took all these tests and my results were pointing towards architecture. I was going to do architecture but basically, I got cold feet. It’s very much, ‘You study architecture, you’re doing architecture’. When you’re at school, you don’t know what jobs are really out there. This was definitely the case with UX, I didn’t know about it in the slightest.”

It’s interesting that the aptitude tests pointed towards you doing architecture – people make comparisons between architecture and UX in terms of approaches and mindsets. Do you think the tests pointing you towards architecture reflect something in your mindset that is equally applicable to UX?

“Potentially, because I would consider myself slightly creative, which I think architects need to be, but they also need to be heavily process driven in the things that they do and the order that they do them in. That’s very reflective of the UX industry as well. I know a few people who have come from studying architecture and gone into UX. I think they’re very transferable skills.”

What did you study at college?

“I studied history and politics at UCD. It seemed like a very broad thing to do. I was really good at history at school and really passionate about it. History I loved but I really struggled with politics. I knew it was a good subject to study in college though, people kept telling me that anyway.”

You then went on to do a couple of Masters degrees?

“The degrees are three years long in UCD, which is shorter compared to other universities. It was almost too soon for me to finish my degree, I didn’t know what to do next so I thought I’d do a Masters and figure it out. So I did a Masters in the History of the Media, which I was always interested in. I did my thesis on agony aunts in the 1960s, it was super interesting.

“I was offered a PhD but it was very isolating working in history. You’re alone a lot of the time with your head in books. This was at a time when there were absolutely no jobs so I decided to do a Masters in Marketing, which seemed like it was relatively creative but process driven as well. In hindsight, marketing wasn’t my cup of tea.

“I came out of college. After five years of being in college, you’re like, ‘Of course I can get a job’ but then you get a reality check. So I took the first thing I was offered, it was a sales job that was a very client facing role. It wasn’t the right role for me but it did help me to get a permanent sales job with the property website Daft.”

Daft is where you began your UX career?

“Yes. I worked there as a business development executive. It was a sales job again and it was a brilliant place to work – managers were great, the people were lovely and it had a relatively flat structure as a company so it was a great atmosphere to work in.

“I was still doing sales – I never liked sales, I just fell into it. We started doing more integrated forms of advertising on the website – there was one ad we did for Cadburys which had a fake Cadburys house listing on Daft and there was this whole persona around the ad. So even if you called the number on the ad, there was an answer message from the character in it. It was really creative.

“After this, the CEO of Daft started talking to me about this thing called UX. I’d never heard of it but everything about it interested me. He offered me a job in the product division, which was basically just Colman at the time [Colman Walsh of the UX Design Institute].”

So you made the decision to move from sales to product management/UX?

“I jumped at the opportunity. I didn’t like working in sales although the money was really good – especially for a 23-year-old. It was a big salary cut but it was the last thing on my mind. For me, sales is not about learning new things, it’s about making money. There’s an immediate ceiling to how much you’re going to learn in your career or as a person. I moved over to the product team where Colman had been establishing ways of working and best practices.”

You were learning on the job – was it a fairly steep learning curve getting into UX?

“It was really steep but I was really eager and excited to learn. Any jobs that came up, I’d lap them up. I appreciated working with someone who had a deep knowledge in the field. I learnt so much in the 18 months I was there, I couldn’t have got luckier with the mentor that I had.

“My job title when I moved over was product manager but I was really more of a UXer by definition. But we did a lot of other things. When you’re on a smaller team, you have to learn everything and that was great for me.”

Looking back, what appealed to you about working in UX?

“I think UX is very much like that – you have to work within specific constraints within a digital system for example. You have to work out problems.”

After Daft, you worked as a Senior Interaction Designer. And then became a User Experience Consultant. What did you learn through those roles?

“I picked up my design skills a lot in the first role but the company didn’t do much research and I loved the research side of things. I really needed to go and work in an agency. If you’re a UXer, agency experience is the best type of experience to get, in my opinion. So I worked for cxpartners for just over two years. It was a brilliant company to work for – I was with around 40 UXers and around 10 of them had written UX books. The people around me were great at what they did.”

You now head up the UX team at Paymentsense in London?

“Yes, I’ve been working with them on a rolling contract for the past year. I’m the lead UXer on the team, I have five people under me and I end up doing a lot of management and not as much of the UX work, which I loved doing. The higher up you go, the more strategy you do. It depends on how high up I want to go, I don’t know if there’s a ceiling in UX.

“I’ve also been thinking a lot lately about whether I want to get back into product management. But also with that, you’re the product owner and you work with a UXer who does the actual work of usability testing, wireframing etc. So I’ve a lot to weigh up in what I want to do. With UX, you can’t rest on your laurels too much and you need to be aware of where the market is going.”

You co-wrote the Mobile UX course and delivered it in a one-day workshop for the UX Design Institute. What was devising the course like and what do you like most about teaching it?

“You never understand how much work goes into developing a course – until you do it yourself. It’s a bit like developing an amazing product – the user moves seamlessly through the product but never thinks that it took a lot of time to put together.  What I enjoy most about teaching is seeing people working together, figuring things out and being delighted with the product they produce at the end.”

What was the biggest challenge for you making the transition into a UX career?

“In sales, I was just working in that ecosystem of the company. Moving over to the product team and doing UX, it was almost a completely different ecosystem, almost like being in a different world.

“Working with developers, I really struggled with that when I first moved over. I never pretended like I knew everything and I still don’t at all. There was one very tricky meeting with a developer and I happened to handle it pretty well at the time.

“I realised that day you need to be open to people, take their opinions and deal with difficult conversations. You can’t get bothered by it. You’re dealing with clients, stakeholders, users, developers and other groups. It’s a lot of people management – UX is 50 per cent work and 50 per cent dealing with people.”

There’s a big persuasion part in UX – getting people to change their mindset but doing it in a persuasive way?

“Six or seven years ago, UX wasn’t as widely known as it is now and there was a huge challenge in showing people in your team or company a different way of working. Being able to bring in new processes but not in a way that’s shocking to people.

“The company that I’m working in now, my remit was to implement UX practices and ways of working in a development team of 50+ people. Definitely the lessons I learnt from Daft came back – you can’t force things on others, you need to essentially teach them why it’s a better way to do things.”

Would you recommend UX as a career choice? Why?

“Yes, 100 per cent. It’s a very satisfying job – you make things that people will want to use, that’s essentially what you do. There’s a lot of pleasure in that. But I think UX as a career depends on the person. If you’re ultra creative and that’s really the core of who you are, I don’t know if UX is actually for you as it has so much besides the creativity part.

“You also need to deal with a lot of people so you need to be aware of that and be a people person.”

Looking to get into UX? Check out How to get a job in UX: Tips from Intercom’s Des Traynor 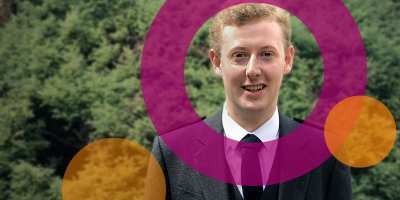 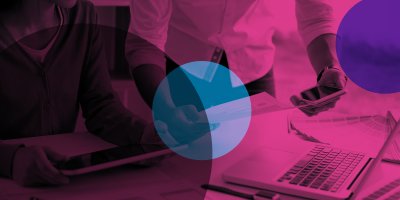 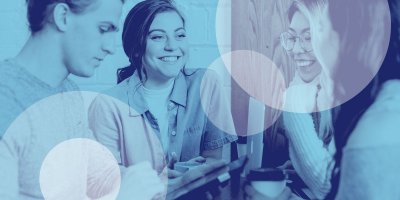 Upskilling in UX? Course advice from our alumni