After working in an agency for years, Brian made the decision to switch careers from graphic designer to an in-house UX designer with Global Payments Inc. 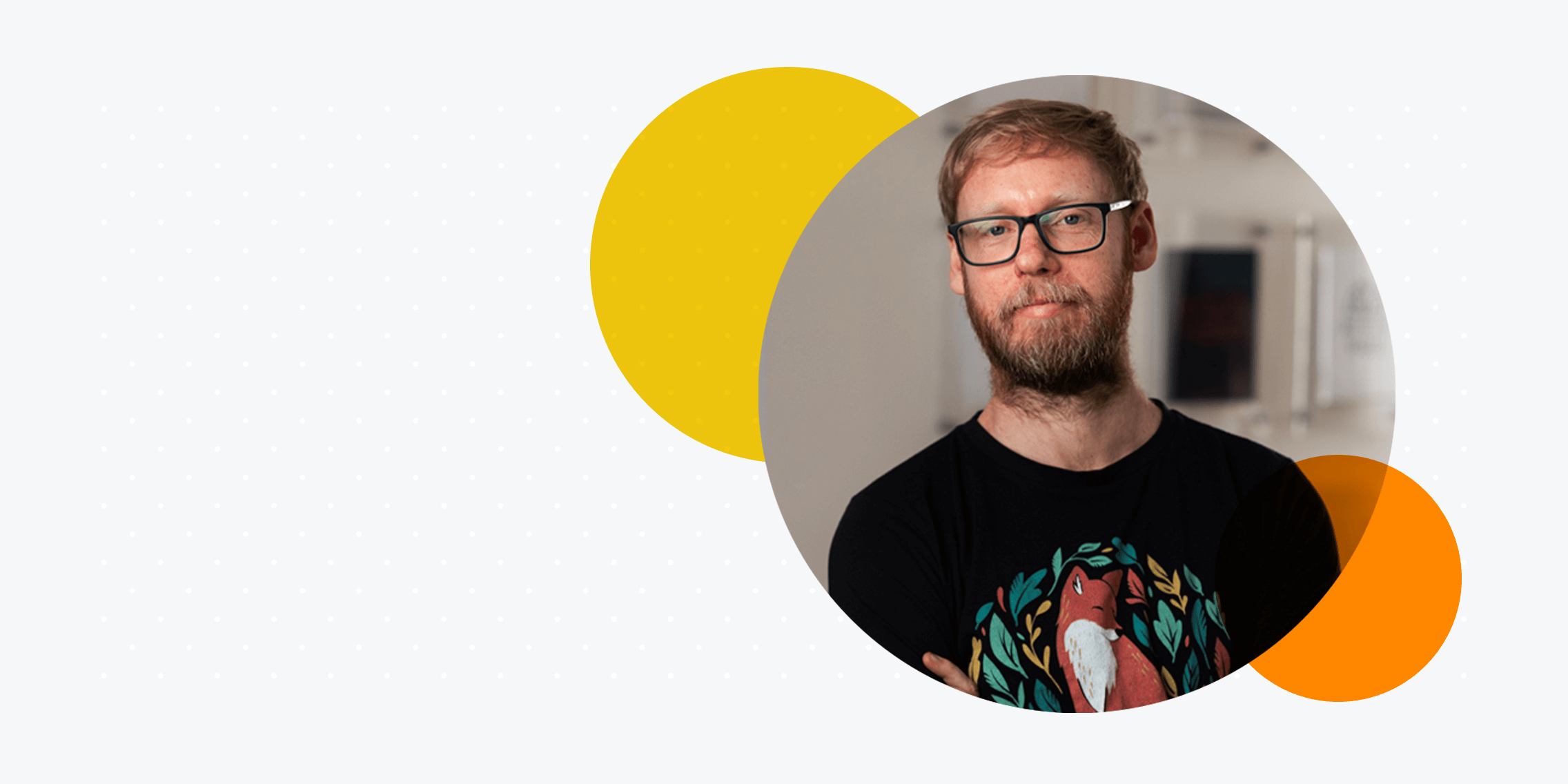 When I left college, probably 20 years ago, it would have been print design.  But given the time it was, I quickly started working in digital design, mainly websites and stuff like that. It was in the course of that work that I found myself solving what I would have later found out to be UX problems. So I was thinking “how do we make people flow through easily?” or “how do we get better conversion rates and stuff like that?”

It was only later on that I discovered UX and got to understand that some of the things that I found interesting were part of this UX thing.

What was your career like just before you made the switch to UX?

I had been working in a branding agency in Waterford for about 10 years. I really got to cut my teeth there as a professional designer. My design skills developed but so did my project management and client relationship skills. It was great. But in the last two or three years, I felt our paths deviating a little bit.

I was becoming more interested in UX and researching and analysing users’ problems. And it’s not that where I worked wasn’t interested in that, but it wasn’t their sweet spot. Their sweet spot was branding – they love developing brand stories, identities etc. – and out of those projects would come websites. While I would push for user testing and analysing research, it was difficult to get the budget and resources from clients to add things like that to the project.

I did get to do little bits here and there –  and I helped introduce UX thinking into the design process in that agency –  but the time had come for me to move into what I felt was a more appropriate career for me.

There was a colleague of mine who was starting on a new website project. When she went on maternity leave, she handed it over to me. She told me that we would need to create some user journey maps and things like that. I’d never actually heard of these terms before, so I enrolled into a Design Skillnet course on Journey Mapping. That was the first course I did and I found that interesting, but not totally applicable to what I was doing. It was more service design-oriented.

Then I did a UX intro course with UXtraining.com and Gareth Dunlop, who is affiliated with the UX Design Institute. This course was run by Waterford Chamber of Commerce and it was an introduction to lots of UX topics. It got me aware of Gareth, who’s from Fathom, and it brought the UX Design Institute onto my radar.

Why did you choose to study with the UX Design Institute?

I would have Googled around and looked up a few things but what would have sold UX Design Institute to me was the price and the ability to do it in my own time.

Were there any transferable skills from graphic design to UX?

Yes, but there were a lot of skills that I would deem as professional competencies. By the time I left the agency, I was the most senior designer, so I would have been project managing a lot. I would have been dealing with lots of different stakeholders; printers, copywriters, photographers, other designers. So that is a very helpful skill.

Having visual design as a skill definitely helps, but I don’t feel that it’s absolutely critical.

Working on user interfaces and stuff is just a part of what I do. A lot of it is thinking about the experience and dealing with stakeholders and teasing out problems. So in terms of transferable skills, I would say predominantly it was those sorts of professional competencies. I think they were sort of crucial.

Which parts of the course do you think filled in gaps in your knowledge in particular?

Definitely research techniques, user flows and stuff like that. I would have done that type of thing but we learned it in an “industry best practice” way on the course, which was great. So industry best practice in conducting research, laying out flows and prototyping. I would have done a bit of prototyping myself but I definitely optimised my skills through the course. Research and analysis of research were really important and the course broadened my understanding of those too.

My understanding was very small and limited and the course really blew all those areas open for me. It has really given me an understanding of the industry best practice and I think that was the best thing about it.

How was the experience of building the portfolio?

It seems obvious now but it just wasn’t the world I was in. I would have thought that I could just put a PDF together and email that on.

You’ve got a job with Global Payments Inc. since completing the course. How was the job hunt?

I think I’m very lucky that it wasn’t too difficult.  I’m aware that it is quite tricky for people from a purely design background to transition into the UX industry at the minute because there are a lot of other skills you need to have. I think my professional experience and a couple of other things made me a suitable candidate for where I’m working now.

I feel that UX Design Institute’s Diploma in UX Design is what gave me everything I needed to get my foot in the UX door.

I spent a couple of weeks between deciding that I was definitely going to go looking for a UX job and then getting a job. I think it was just very lucky that the right opportunity was just there at the right time.

I like the way you are working to make the experience better for people by identifying problems and teasing out how you can improve that. I think it’s just making the experience for users better, that’s what I like about it.

What initially drew me to UX was that beforehand, as a designer, it used to be sometimes like ‘give me a new website’ and it’s like a blank page and the panic sets in about ‘Where do I start? There’s so many different things. I don’t know what to do’.

UX can be very methodical, so you go back to the start and you tease it out step by step. There’s a process and you’re designing with insights, so there’s no fear of that blank page, like, “oh my god, where do I start?”

I like the process of UX, that it’s your design led by insight, rather than opinions and assumptions. I really like that.

So from what you felt was missing in your career beforehand, has UX design connected the dots?

Yeah, absolutely. But I mean, everything’s a journey – there’s still more to learn. There’s things that I used to do in my old job that aren’t a part of my work anymore. It’s not so heavily design-orientated and I’m okay with that. I knew that would be the case, but sometimes I miss doing things like video animation. That isn’t part of my job and probably won’t be but I feel that I’m definitely on the right path and I’m really happy I made the move to continuously learn.

How was the support during your studies?

Everyone in the UX Design Institute has been great from start to finish. When I first messaged saying I was interested, I got a phone call and someone talked me through the benefits. They gave me information on how I could speak to my employer to get them to help pay for it, which I needed. All the information I got was crucial. The webinars and assistance all the way through, having people on hand to answer your questions at all times is brilliant.

I had a session with Eoghain, your Career Advisor, and a lot of the stuff he told me was absolutely vital in terms of knowing which jobs to go for, knowing where to pitch myself and what I could do.

Some of the things he told me to consider were absolutely crucial to me getting the job because I think I aligned myself to the right place and right salary and maybe that’s why I found the right job quite quickly.

Would you recommend the course to others? Why?

Absolutely. It’s a fantastic and comprehensive introduction to UX.

For anyone who feels they have that itch and they want to just investigate if UX is right for them, it’s a brilliant and comprehensive introduction. The flexibility is excellent for anyone who needs to do it outside of their working hours.

I think that the fact that you get a university-accredited qualification is huge –  that matters when you’re going for interviews for other jobs. 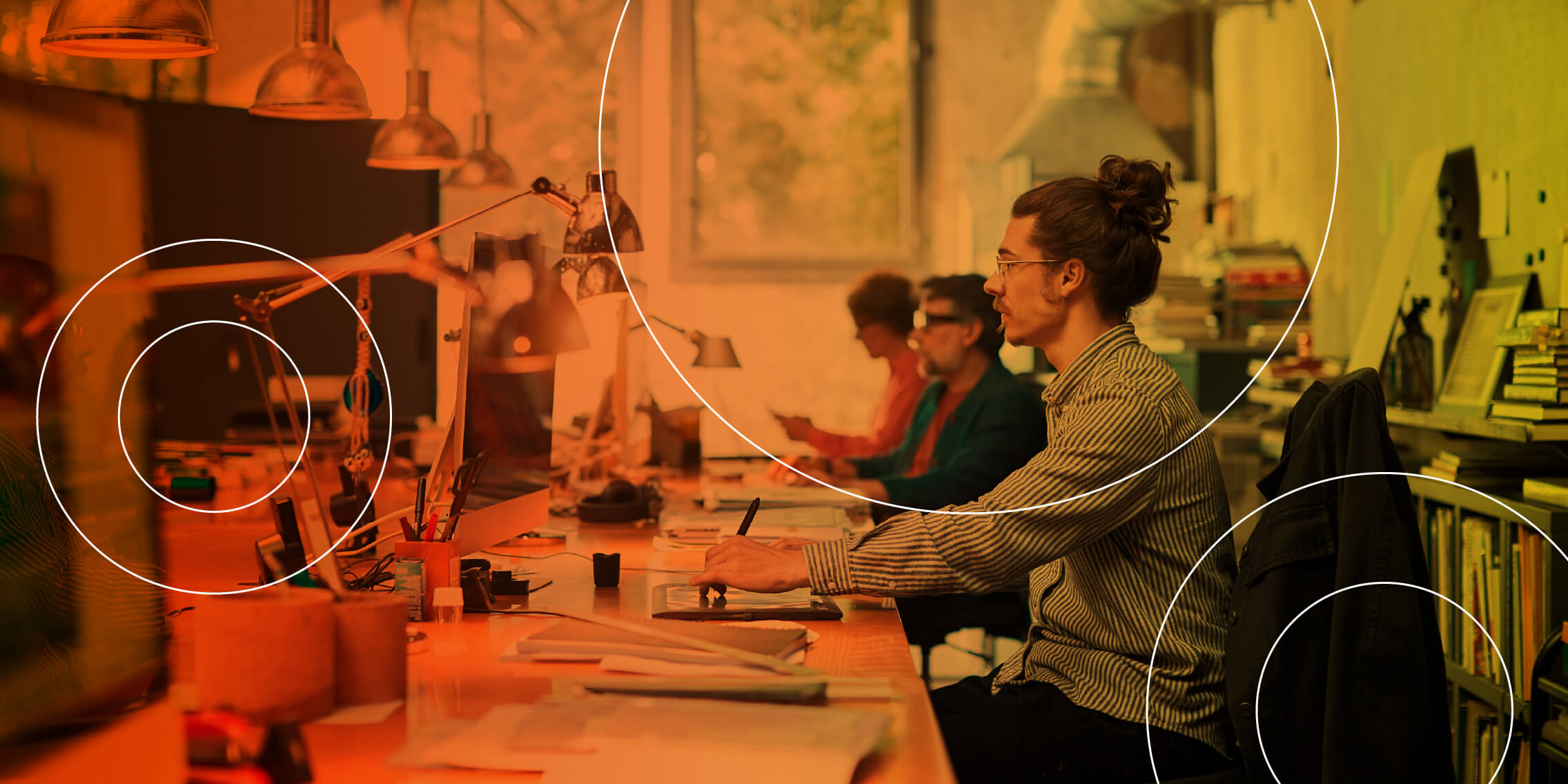 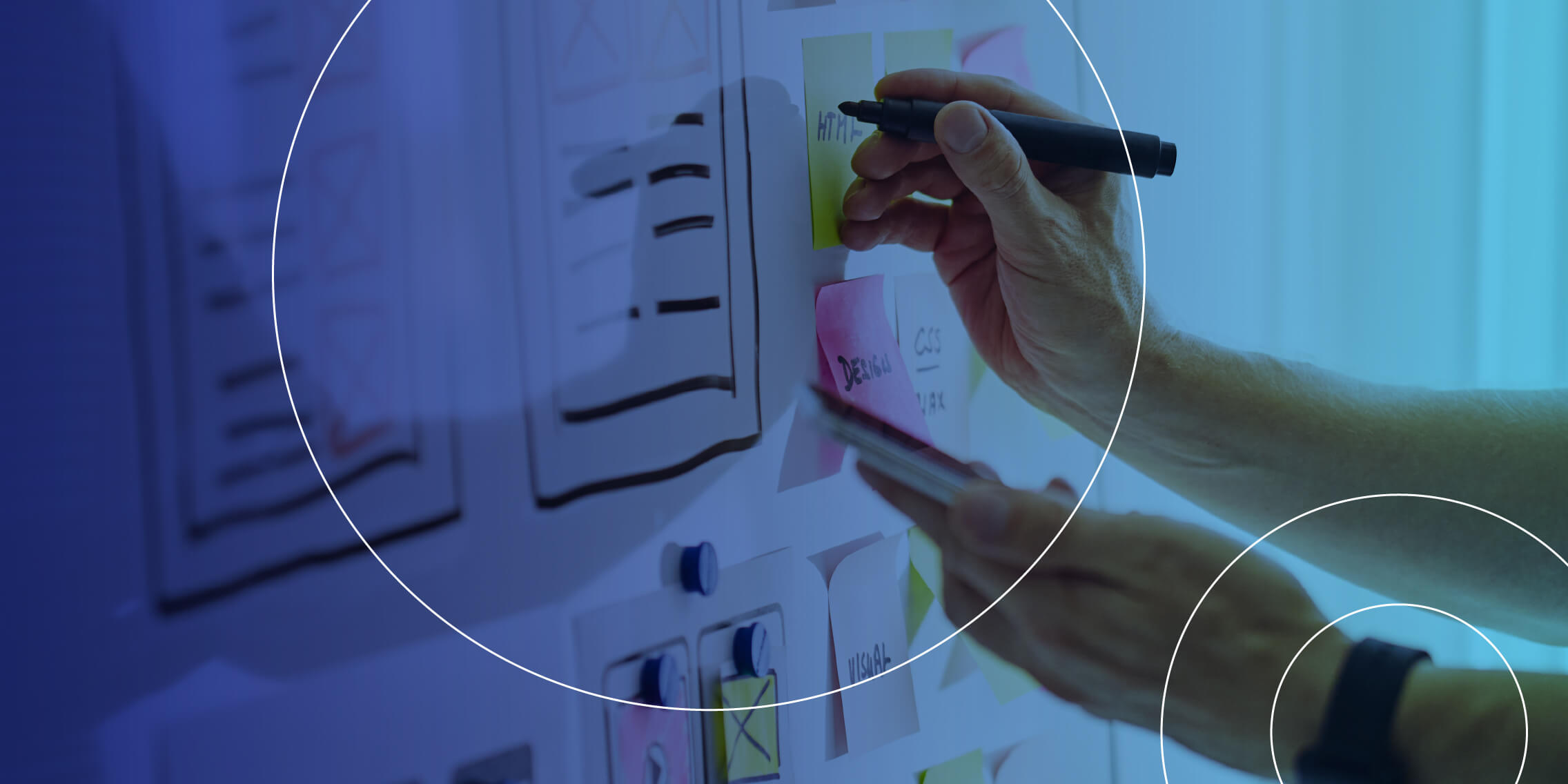 5 tips for starting your career in UX design 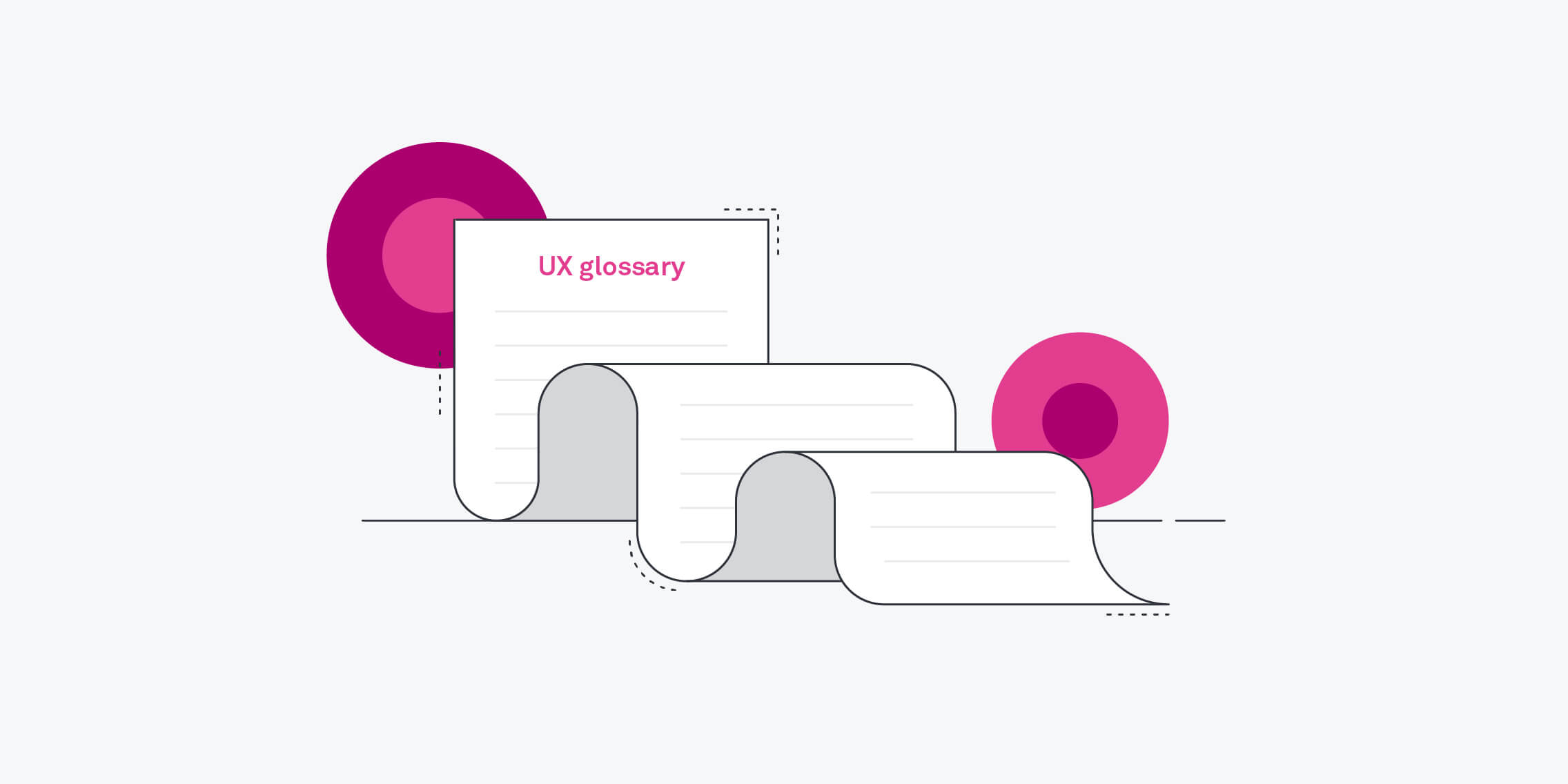 A complete UX glossary: 101 UX terms all designers should know