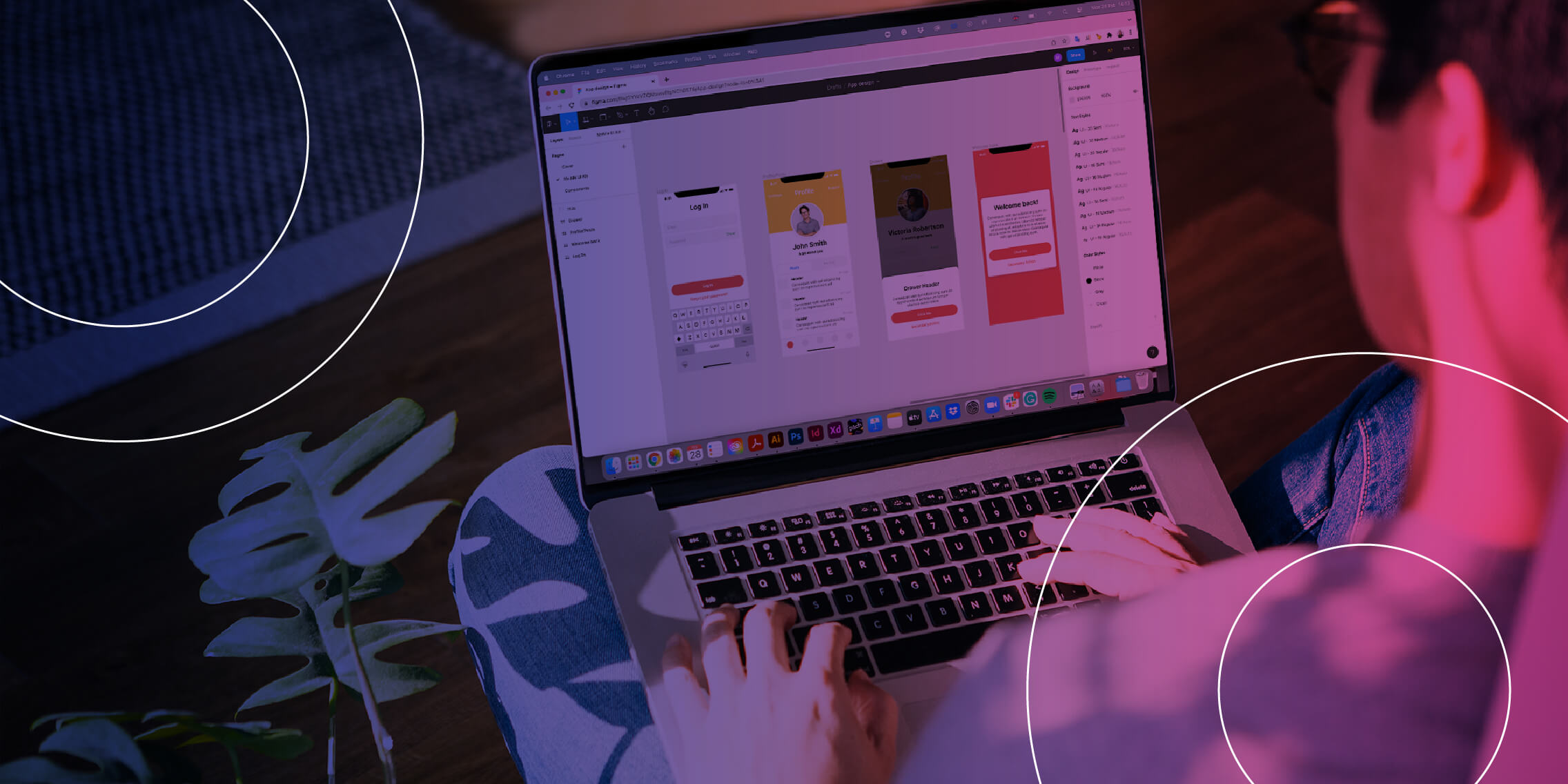 User interface (UI) designers are responsible for designing the look and feel of digital product interfaces. But what does that mean exactly? What does a UI designer actually do on a day-to-day basis?

We’ve covered everything you need to know in this guide:

Let’s start from the beginning with a brief introduction to UI design.

What is UI design? A brief introduction

User interface (UI) design is the process of designing the look, feel and interactivity of a digital product.

When you use an app or visit a website, you move through different screens and interact with various elements in order to find your way around and complete certain tasks.

For example: if you want to transfer some money via your mobile banking app, you move from the login screen to your account summary and then to the transfer screen. You enter your login details into the relevant boxes, then you click the “Sign in” button to complete the process. From there, you might click on a particular menu item (e.g. My Account Summary) and swipe up and down in order to scroll.

You can learn more about what UI design is in this introductory guide.

UI designers design all the screens that make up a digital user interface, as well as the individual elements featured on those screens. As such, they consider both the overall layout of each individual screen and how all the separate screens fit together.

Their goal is to create user interfaces that look great, accurately convey the brand and are easy and enjoyable to navigate from the user’s perspective.

In addition to hands-on design work, UI designers may also be responsible for developing and overseeing a UI style guide. This is to ensure consistency across all aspects of the product, as well as across different products.

What’s the difference between UX and UI designers?

UI designers are not the same as UX designers. They’re both concerned with creating intuitive, enjoyable, user-friendly products but they cover different aspects of the process.

Colman Walsh, CEO of the UX Design Institute, uses the luxury hotel analogy to explain the difference between UX and UI.

If you were building a luxury hotel, you’d have two key people on the job; an architect to design the overall structure of the hotel and an interior designer to take care of how the hotel looks and feels once it’s been built.

It’s the same with digital products like websites and apps. The UX designer (i.e. the architect) maps out the entire user journey. They’re not concerned with the look or feel of the product but the logistics of how the user will move from A to B. UX designers are all about the user experience. They design to solve specific user problems, keeping the user front and centre at all times. At the same time, they design with business goals in mind.

The UI designer (i.e. the interior designer) doesn’t enter the process until the blueprint has been laid out by the UX designer. They furnish the “hotel” (i.e. the digital product) with colour, visuals and interactive elements. The UI designer also designs with the end user in mind and they play a crucial role in creating a first-class user experience. While the UX designer focuses on the product as a whole, the UI designer focuses on the look and feel of the product interface.

So: UX and UI designers are both part of the product design process, and they both work to create intuitive, user-friendly experiences. However, they focus on different aspects of the process.

If you’d like to learn more about what a UX designer does, read this introduction to the UX design process.

What are the tasks and responsibilities of a UI designer?

In their day-to-day work, UI designers may take on a variety of different tasks and responsibilities. These range from competitor analysis and hands-on design work through to the development of overarching design guidelines.

Some common UI designer tasks include:

The exact tasks that fall under the UI design role depend on seniority level as well as the size of the team. Junior UI designers may focus more heavily on hands-on design work to start with, while senior UI designers will be more involved in strategic design decisions and design guidelines.

At the same time, a UI designer on a large product/design team may focus on just one or two aspects of the process, whereas a lone UI designer will likely take on the entire spectrum of tasks.

Either way, the role of the UI designer is creative, hands-on, collaborative and highly user-centric.

What tools does a UI designer use?

Whether they’re designing UI elements from scratch, creating high-fidelity prototypes or handing design specs over to developers, UI designers rely on a variety of tools to get their job done.

Some of the most popular UI design tools include:

Where do UI designers work?

UI designers can find work in any organisation that has a digital product or service. Nowadays, that’s everywhere.

Just like UX designers and other tech professionals, UI designers can work in almost any sector, ranging from healthcare and education to finance, media, music, travel, gastronomy and beyond. Think of all the different apps, websites and software you use both at work and in your personal life and all the different sectors they span. That’s how varied a career as a UI designer can be.

What skills does a UI designer need?

Like most professions, a successful career in UI design requires a mix of hard and soft skills.

The most important hard skills a UI designer needs in order to fulfil their role are:

The following soft skills and qualities are also needed to excel as a UI designer:

Do UI designers need to code?

Coding is not part of the UI designer’s role so UI designers do not need to be able to code. Typically, once the design is ready on the UX and UI side, you hand it over to a developer to code it into a fully functional product. As a UI designer, you don’t need to know how to write code yourself.

Of course, understanding the fundamentals of how the developers work will help you to collaborate better and streamline the handover process. There are some design unicorns out there who can also code (often referred to as frontend designers) but it’s not a necessity nor a requirement. You can forge a successful UI design career without ever needing to code.

What kind of salary do UI designers make?

Here’s the average UI designer salary per location (based on data from Indeed).

How to get started as a UI designer

If you want to start a career as a UI designer, the first step is to learn all the core principles, techniques, and hard skills that will equip you to design beautiful, user-friendly interfaces. The UX Design Institute’s Professional certificate in UI Design will teach you all you need to know to get started, covering everything from visual branding, design principles, and interactivity, all the way through to typography, colour, iconography, and more.

You can learn more about the UI design course and request more information here. 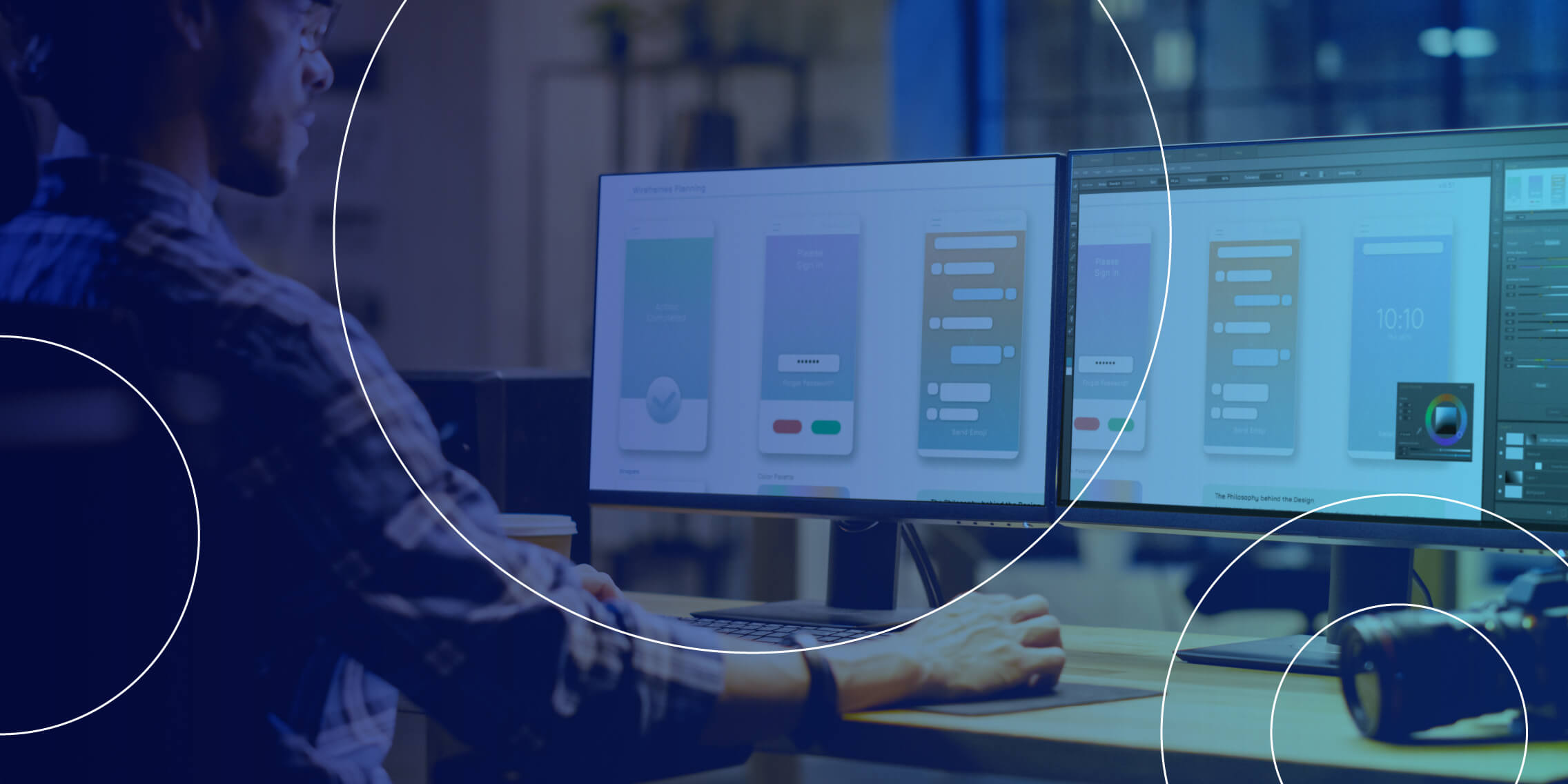 What is UI design? A complete introductory guide 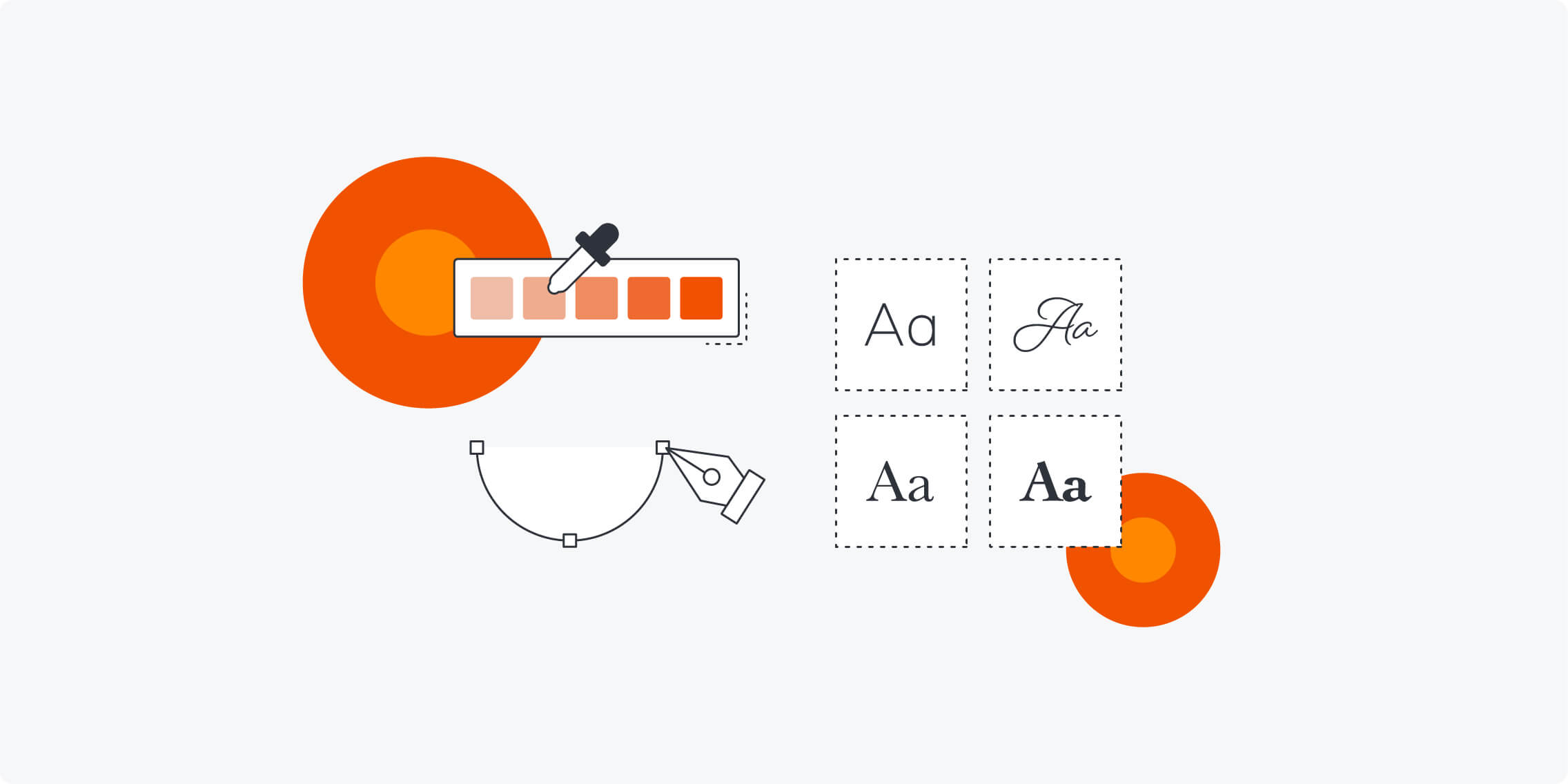 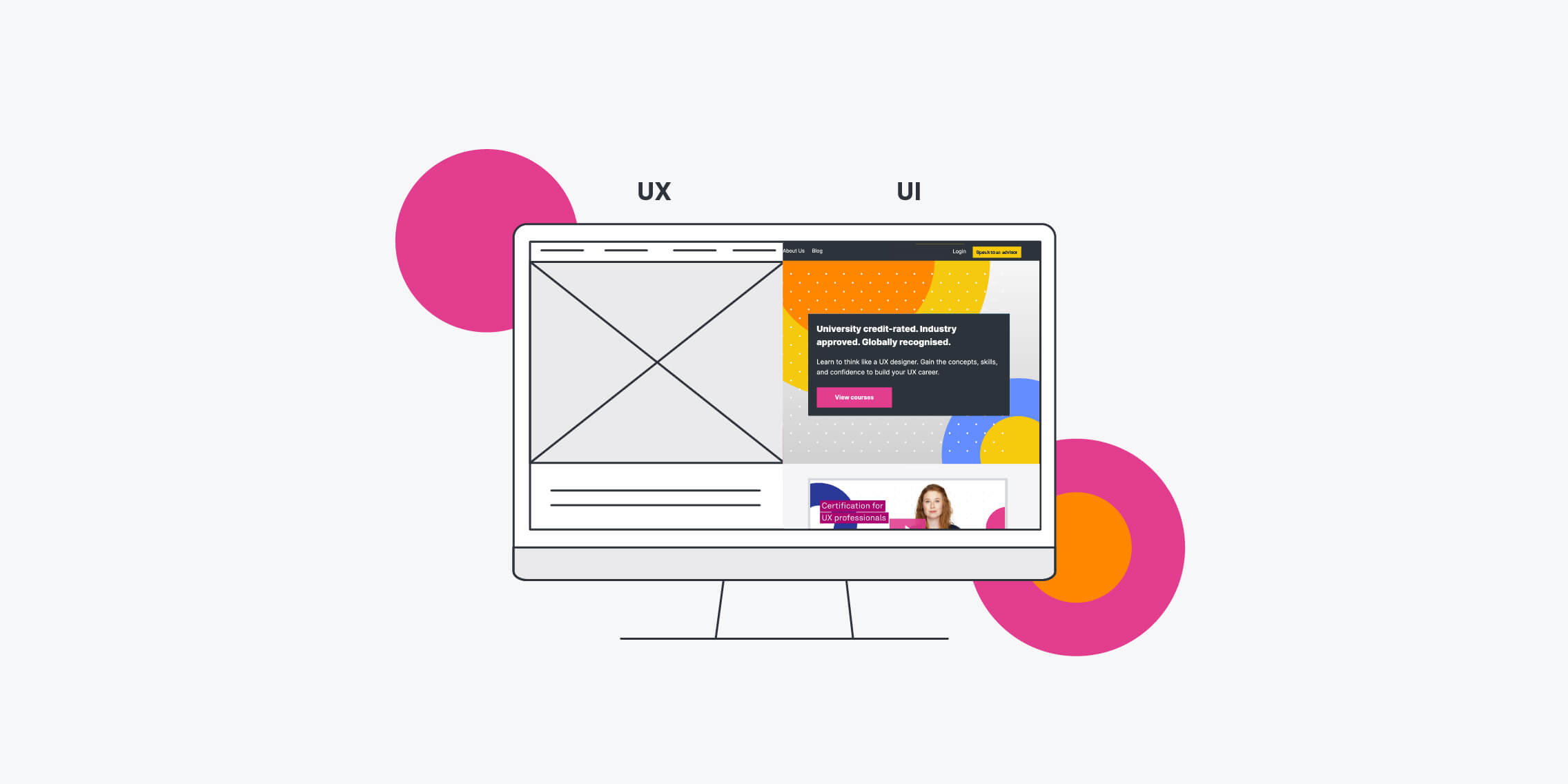