The Rollaboard suitcase and the Paradox of Specificity

The Rollaboard suitcase was invented just over 30 years ago by a highly resourceful American pilot called Robert Plath.

It was designed with just a tiny audience in mind – airline cabin crew – and was inspired by Plath’s own experience of spending a lot of time moving around airplanes and airport terminals.

He knew the pain of lugging bags along airport corridors and waiting for them at baggage carousels. Cabin crew also had the pain of their bags banging off the sides of seats as they made their way up airplane aisles when starting work and then trying to stuff their bag into an overhead compartment.

And so the Rollaboard suitcase was born. It was just tall enough and deep enough to fit into an overhead compartment and just wide enough to fit down the aircraft aisle without banging into the seats.

With wheels and a retractable handle, it made long walks through airport terminals a lot easier. It could also be brought on board the plane, eliminating those tiresome waits at the baggage carousel.

While it was designed for a very specific group of people (cabin crew), the product quickly took off (if you’ll pardon the pun) with regular travellers who saw cabin crew using them in airports and wanted one for themselves.

The Rollaboard suitcase had mass market appeal and became ubiquitous all over the world. In fact, it’s almost impossible these days to buy a suitcase that doesn’t have a retractable handle and a set of wheels.

User experience design and the Paradox of Specificity

What happened with the Rollaboard suitcase is a great example of a theory called the Paradox of Specificity. The more specific you get about the goals, behaviours and context of your target audience, the better your product is going to be. And conversely, the more likely it will be adopted by a wider audience outside of that original target audience.

It’s something that Alan Cooper talks about in his seminal book, The Inmates are Running the Asylum.

“If you want to create a product that satisfies a broad audience of users, logic will tell you to make it as broad in its functionality as possible to accommodate the most people,” he says. “Logic is wrong. You will have far greater success by designing for a single person.”

If Robert Plath had set out to design a suitcase that would work for everyone, he likely would never have ended up with the highly successful Rollaboard.

He likely would have ended up with a monstrosity – designed for everybody but appealing to nobody.

It’s something that Alan Cooper picks up on in the book:

“Every time you extend the functionality to include another constituency, you put another speed bump of features and controls across every other user’s road. You will find that the facilities that please some users will interfere with the enjoyment and satisfaction of others.

“Trying to please too many different points of view can kill an otherwise good product. However, when you narrow the design target to a single persona, nothing stands between that persona and complete happiness.

“The broader a target you aim for, the more certainty you have of missing the bull’s eye. If you want to achieve a product-satisfaction level of 50%, you cannot do it by making a large population 50% happy with your product. You can only accomplish it by singling out 50% of the people and striving to make them 100% happy.

“It goes further than that. You can create an even bigger success by targeting 10% of your market and working to make them 100% ecstatic. It might seem counterintuitive but designing for a single user is the most effective way to satisfy a broad population.”

Getting the design right

And that was the key to the Rollaboard’s massive success. Interestingly though, there was a previous iteration of the suitcase on wheels that didn’t quite make the grade.

The very first commercially successful use of wheels on a suitcase is credited to Bernard D. Sadow, who was at the time a vice president at a Massachusetts company that made luggage and coats.

In 1970, he was returning from a family vacation in Aruba. After lugging two heavy suitcases through an airport, he was waiting at Customs when he saw a worker rolling a heavy machine onto a wheeled skid.

When he returned to work, he took casters off a wardrobe trunk and attached four of them to the underside of a big travel suitcase.

“I put the strap on the front and pulled it and it worked,” he said.

He got a patent for the product but it didn’t do very well initially. The first few months, he travelled around with his prototype bag, trying to land sales with department stores. Eventually, Macy’s put in an order and started promoting the bag as ‘the luggage that glides’.

While it was the first commercially successful design, it was completely left in the shade by Robert Plath’s invention 17 years later.

Plath, who was a Northwest Airlines 747 pilot, was also a keen workshop tinkerer. He saw the need for a more streamlined, easy to move suitcase for cabin crew. He turned a small suitcase upright – rather than it being towed flat like Sadow’s four-wheeled models – and added two large wheels at the bottom and a long retractable handle.

He called it the Rollaboard and started manufacturing it to sell to pilots and flight attendants.

Travellers started noticing Rollaboards in airports and asked cabin crew where they got them from. Plath patented the design, started a company called Travelpro and started supplying the Rollaboard suitcase to retail outlets.

After a couple of years, he gave up flying and the Rollaboard went on to make him a multi-millionaire. You would imagine that he has no regrets but he has one: that he doesn’t have that first bag he made for himself.

The Rollaboard forever changed the world of travel. Inc. Magazine listed it as one of the top innovations in modern history and in 2011, a Discovery Channel programme highlighted the invention as one of the leading examples of how innovation adds value to a country’s net worth.

It even had an impact on the design of airplanes. It’s been reported that American Airlines has spent upward of $50 million to enlarge or replace overhead compartments on most of its fleet to hold Rollaboards or copycats products from competitors. Continental reportedly spent more than $15 million in 1988 to alter nearly 200 of its planes and United has reconfigured more than 200 airplanes to make room for the suitcase in the cabin overhead bins.

It’s a hugely successful example of the Paradox of Specificity but there are lots of other examples…here are just a couple. 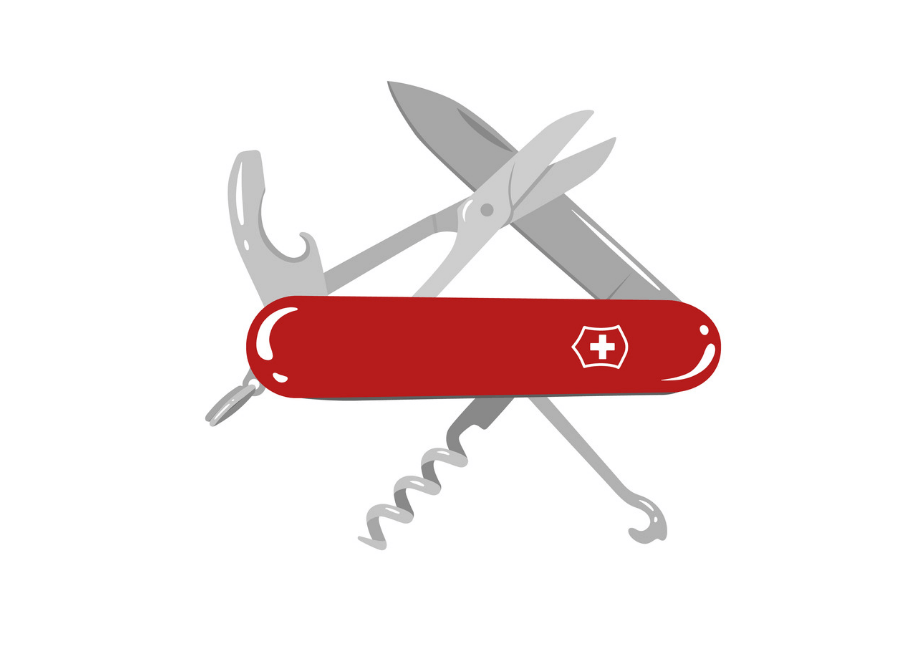 Karl Elsener and his mother Victoria opened a cutlery workshop in the small Swiss village of Ibach (the company Victorinox is still based there more than 130 years later and has stayed in family hands – the current CEO is also called Karl Elsener).

In 1891, he delivered the first military knives to the Swiss Army and in 1897, the original Swiss Officer’s and Sports Knife was patented. The knife was designed for troops who needed a foldable knife that could be used to open the canned food they brought with them when out on manoeuvres. They also needed a tool to take apart and reassemble their rifles, which was one of the drills they had to perform.

The knife was designed to help them do both things (Elsener later added on a corkscrew after soldiers asked for one).

The device didn’t gain international prominence until the 1940s when American soldiers came to Europe during World War II. They quickly saw the benefits for them out in the field and brought the knife back to the States with them. They struggled with the original name, Schweizer Offiziersmesser, and it became known as the Swiss Army Knife.

From catering for a very narrow target audience of soldiers, the knife became a mass market product. It would soon be found in every American household and its popularity spread across the world. It was useful for lots of things – DIY, fixing cars, camping, fishing, the list goes on…

This is a super example of the Paradox of Specificity theory – something that was specifically designed as a bookmark in a hymn book and is now in practically every workplace and home around the world.

In 1953, an undergraduate student called Art Fry took a job at global science company 3M. He was a new product developer researcher. But it was his Wednesday night hobby that actually inspired 3M’s biggest innovation and success in 1974.

Art sang in a church choir and was always losing his paper bookmarks as he turned from page to page in his hymn book. He wanted a bookmark that would stick in the book but wouldn’t damage what was church property.

He thought back to a seminar he’d attended at work.

Spencer Silver, a Senior Chemist with 3M, had delivered the seminar about an adhesive he’d developed that stuck lightly to surfaces but didn’t bond tightly to them. It was essentially a temporary adhesive.

He’d discovered it in 1968 while researching different types of adhesives in his laboratory. It was made up of tiny, indestructible acrylic microspheres that would stick only where they were tangent to a surface, rather than flat up against it. The adhesive could be used in the same way again and again.

But the company couldn’t think of a marketable form of the product. It didn’t stop Spencer Silver from advocating for the adhesive with colleagues at 3M, informally and through seminars. His persistence paid off….when Art Fry attended a seminar and then later thought back to it while his bookmark kept falling out. It was a eureka moment.

When he got back to work, Art wrote up his idea of combining bits of paper with this new adhesive – to create a reliable, reusable bookmark. And he collaborated with Silver to create a prototype (using a canary yellow piece of paper – the colour that became synonymous with Post-its). 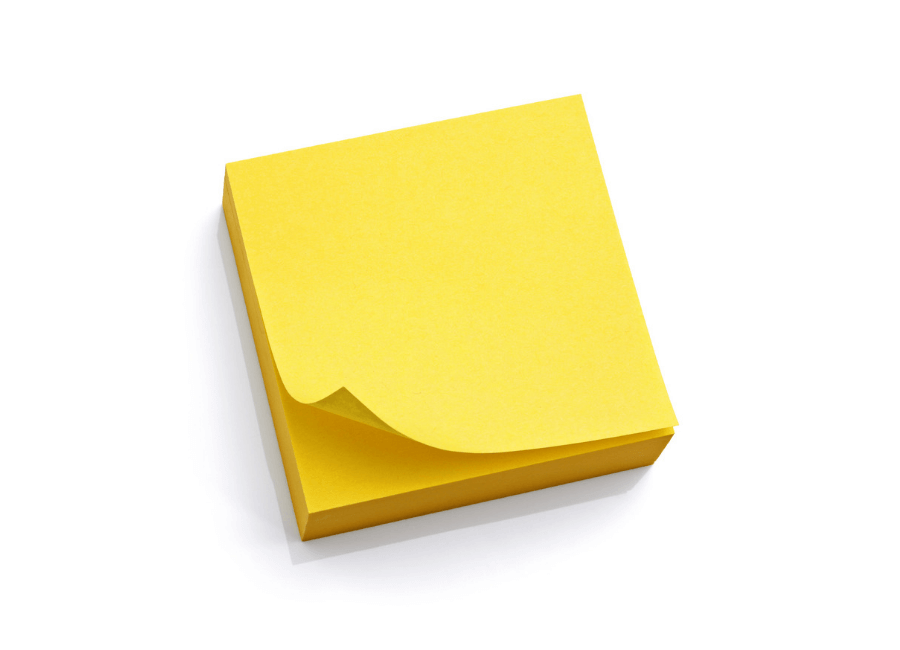 Fry did user research at the 3M headquarters, supplying the entire company with the new adhesive notes. Staff couldn’t get enough of the samples and when Fry did product research in four cities in 1977, 90 per cent of those who tried the product said they’d buy it.

Workers were writing messages on the notes to communicate around the office. Fry saw that the product had huge potential.

“I thought, what we have here isn’t just a bookmark,” he said. “It’s a whole new way to communicate.”

In 1980, Post-it notes were introduced nationwide. Within two years, they’d become a staple in homes and workplaces and were a huge commercial success for 3M.

It was something designed for a very specific purpose – to keep a bookmark in a hymn book. If Fry had sat down originally to develop a product that would have had so many uses by so many groups of people, he would have very likely fallen under the weight of all the competing requirements.

Silver said that like many groundbreaking innovations, theirs was a product nobody thought they needed until they did.

And so, the lesson here is a simple one but almost a counterintuitive one. Keep your focus as narrow as possible. Try and get your product to do as little as possible.

Interested in product innovation? Check out User research – what’s tomato ketchup got to do with it? 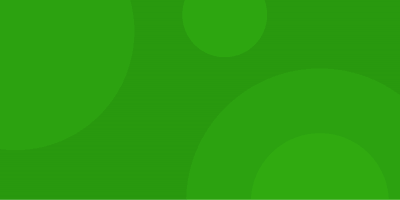 What is UX research? 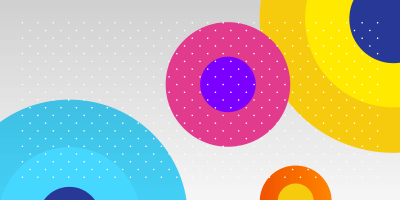 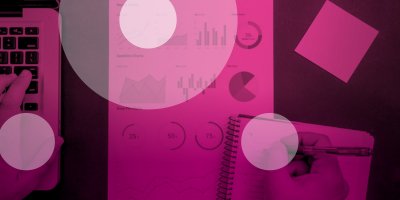 Why UX is a must-have, not a nice-to-have