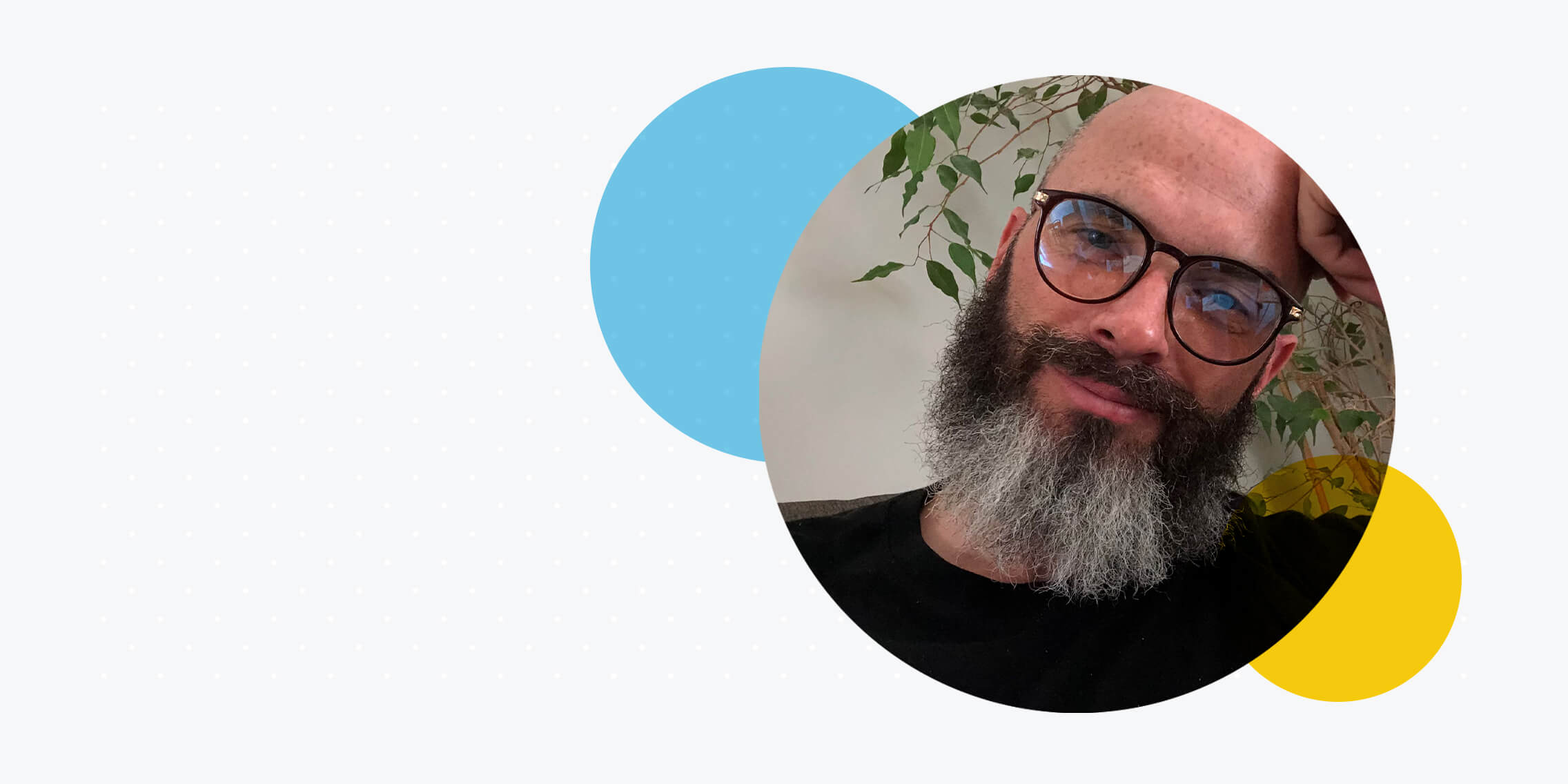 I started as a graphic designer in ad agencies about 18 years ago. I worked my way up from pre-graphic design, pre-press to art director to creative director. Then around 2010, the industry kind of fell apart and the ability to hire agencies to carry out design work wasn’t in the budget anymore. People started hiring in-house designers and I noticed a gap in the markets, so I started my own design business about 13 years ago. That included graphic design, a little bit of web design, branding and art direction.

Around 2018, I started doing a lot of consultancy work through short term, in-house roles. The availability of work was never an issue but it was the admin side of things that really drove me to change career.

I noticed a little bit of a drop off in work and the design landscape had changed quite a lot. The value in being a graphic designer dropped a lot, so I started to look at other areas.

A couple of people mentioned UX design to me around three years ago now.  So I looked into doing a course and I found you guys. And the rest is history!

What appealed to you about UX?

A lot of UX was covered in my career already but it wasn’t defined as UX processes. UX design really harnesses user behaviour research and stuff, which is something I would have done a lot as a graphic designer, art director and creative director. Getting to know businesses, getting to know stakeholders and interviewing people – even user testing and A/B testing – but it never really culminated into one practice.

I felt very comfortable moving into UX when I got to read a little bit about it.  I felt comfortable falling into the role of UX designer and I was quite excited about the prospect of having a qualification.

Why did the Professional Diploma in UX Design stand out from other courses?

It was so comprehensive and so well laid out, from the documents to the online tutorials.

I really feel like there wasn’t much that I didn’t understand. Everything was presented very clearly.

Also, the person I spoke to when I was doing my research was just really, really nice. The course had great feedback already, with all the testimonials I read. I felt comfortable and the fact you guys are Irish as well – it felt like a good fit.

What is your current role?

About six months ago, I took on a UX designer role with Energia. So I moved from graphic designer to UX specialist. It’s the first time that they’ve had an in-house UX designer. They previously used big agencies to do their UX work and we’re transitioning into building our own team in Energia at the moment. My own business background – and being able to get a team together –  really stood out, as well as the UX expertise that the UX Design Institute provided.

How did you find managing your own work as you were studying the course material?

About three or four months after I started the course, Covid-19 happened and anybody and everybody needed a website then so my work tripled in the space of a year. So that’s why I had to take a little bit longer to do the course. At the very start, I was flying through the modules but then it slowed down and you guys were very gracious in giving me more time to get stuff done. It was a bit of a struggle and I dropped the ball a couple of times on the course.

But you guys were very, very accommodating in terms of the support you guys gave me during the time was great.

Just the ability to be able to sit exams that I missed. Or if I missed a module, everything was online for me to have a look back on. So it was a bit tricky, but not a bad kind of tricky.

Did you find that the course helped you to speak about your work more confidently?

100%. It gave me all the definitions and all the explanations that I needed when I was ready to look for a job in UX design. I felt I was very, very well prepared. I was implementing what I learned on the course and in my own business as well. I took on UX design as part of my own business, which helped me get a good portfolio together because I was offering UX design process into those websites.

It gave me great information to be able to sit down with people and agencies. Even at the interview stage or on the job now, I feel like I can keep up with these big agencies that I’m transitioning with at the moment. So yeah, the course really did make me look really good.

Was it your intention to go for a new career path or were you initially trying to implement more UX into your own business?

The original intention was – and I suppose that’s what I managed to do, it was a longer process with Covid –  to put my own business to one side and focus on a nine-to-five career. That’s what I was able to achieve with the UX Design Institute accreditation.

How are you finding the transition going from graphic design freelancer to full-time?

It’s a big change. Energia was actually the first interview I had and I got an offer straightaway. They were very, very keen. Like I said, I felt like I had done aspects of UX already throughout my career, so it wasn’t that difficult. And I still do a lot of UI design – prototyping, wireframing –  so I am incorporating a lot of the stuff that I used to do with UX as well.

I’m in the middle of moving from these massive big agencies to building a team in-house and that’s the biggest transition at the moment. But transitioning from freelance graphic design, web design and branding, it wasn’t that big of transition to be honest.

I was ready to leave freelancing. I was very excited to have this new qualification because I worked for so long in a similar field and I was ready to take it on.

Did your portfolio come up during the interview process with Energia?

Yes, it did. For the two and half years of Covid, I think I designed over 35 websites that incorporated UX design elements so I had a very meaty portfolio. The portfolio page played a huge part. I put my Fly UX case study from the coursework, where you build the website for the airline. That really drilled down into the specific UX processes. But to have a practical environment where I could apply UX to in my own business really, really helped to build a strong portfolio.

Were your employers interested in the fact that you did the Professional Diploma in UX Design with us?

Yes, very interested. They were very impressed with the qualification, so it did go a long way.

Would you recommend the course to others? Why?

Yes, I’d highly recommend it. It fits so well to so many different areas of other disciplines. I’m actually planning on doing the Software and Coding Fundamentals for UX certificate. I have some colleagues, like freelancers and consultants that I would have worked with in my previous business, and they were a little bit skeptical at first. They now see the value in UX design.

I’m constantly recommending it to people. I’m really excited to do this next course. I come from a more creative background, so to be able to communicate with developers, that course will definitely fit very well with where I’m at and what I need to cover.

I check back on the website every now and again to see what you guys have coming up, so yes, you’ve got a long term student here! 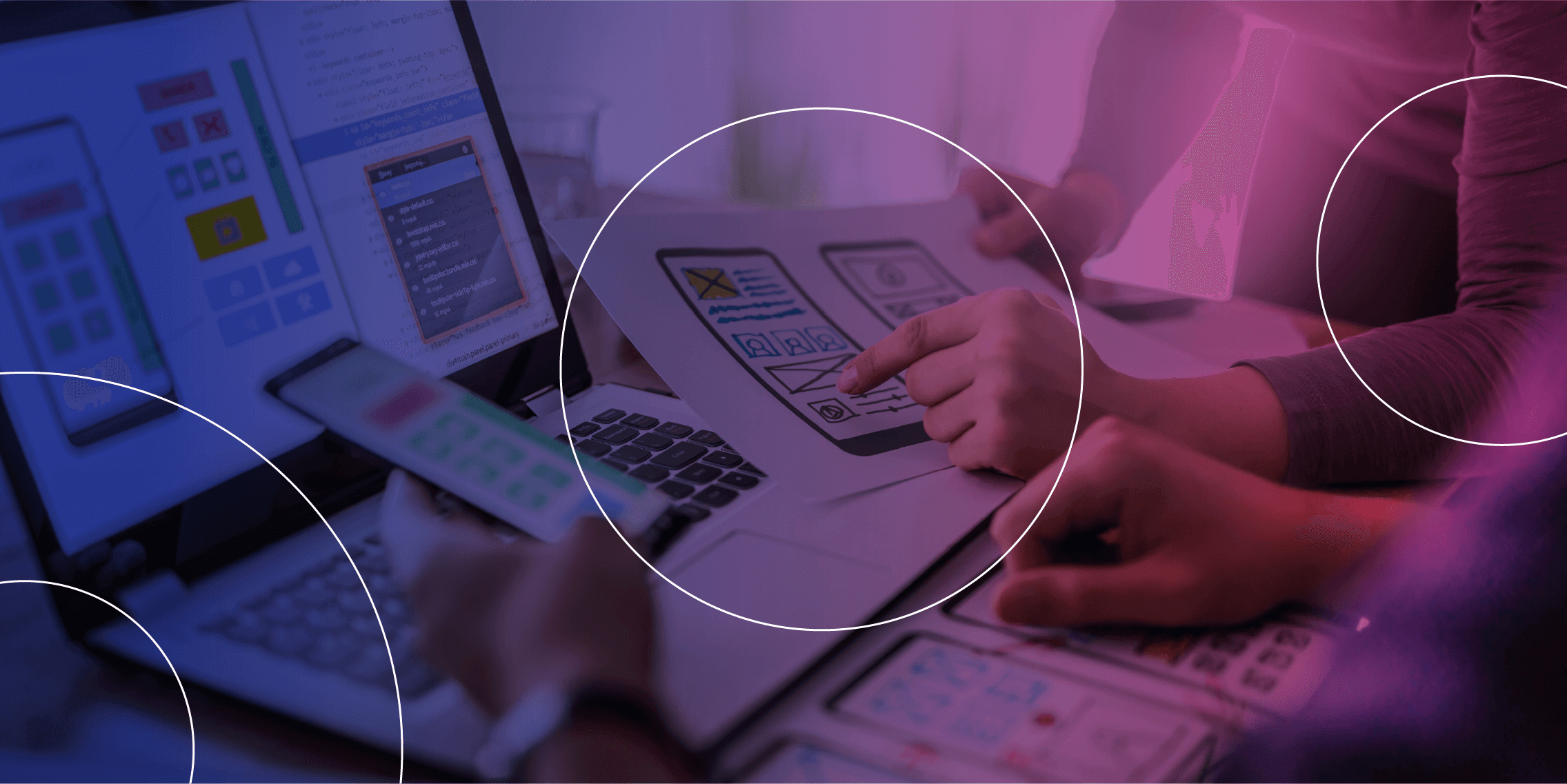 Why so many people are switching to careers in UX 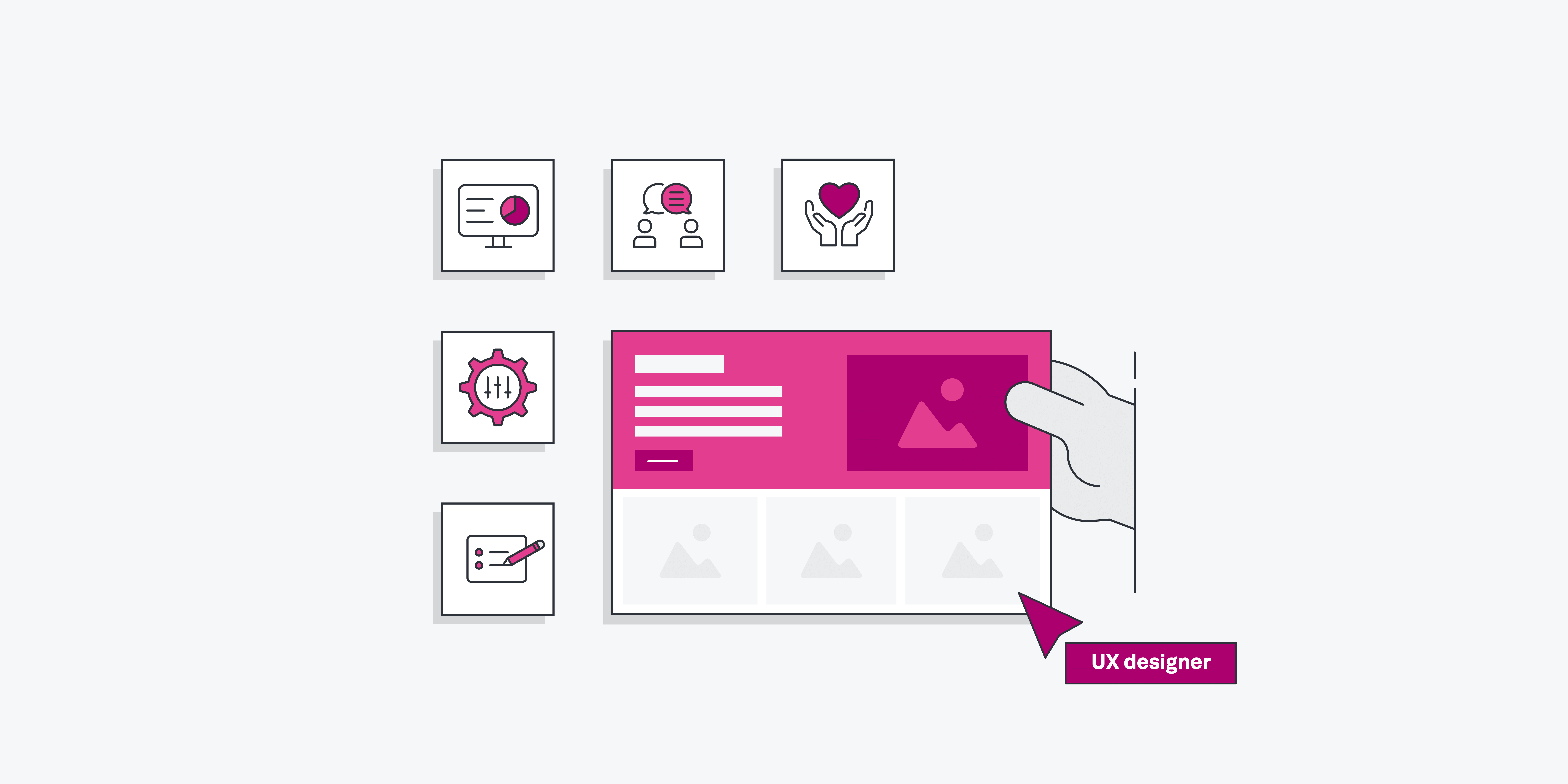 What skills do you need to be a UX designer? 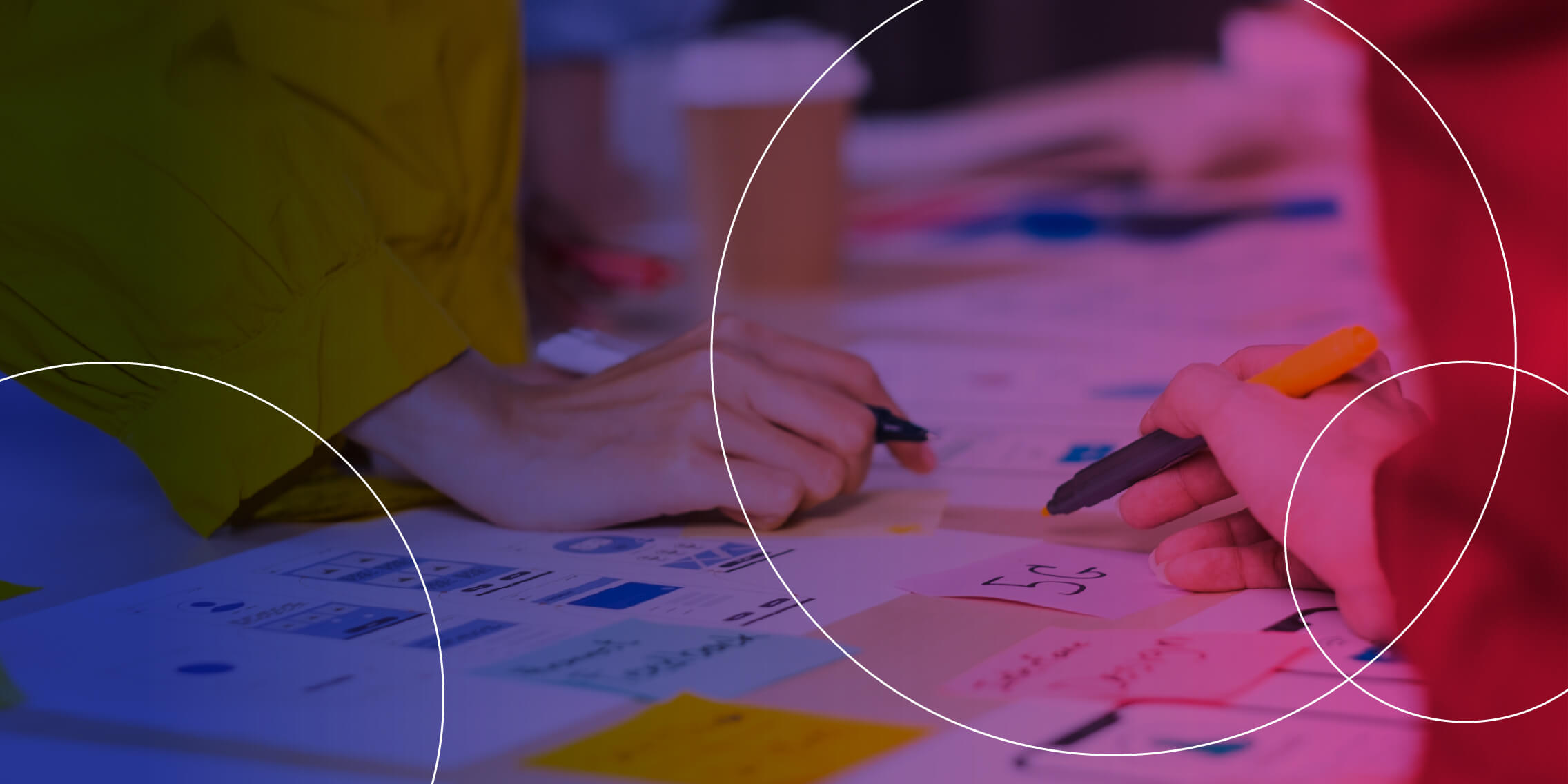 Moving from graphic design to UX: a practical guide