What is lean UX and why does it matter? A complete guide

Lean UX is a collaborative, iterative way of designing and building products – but why is it so important? 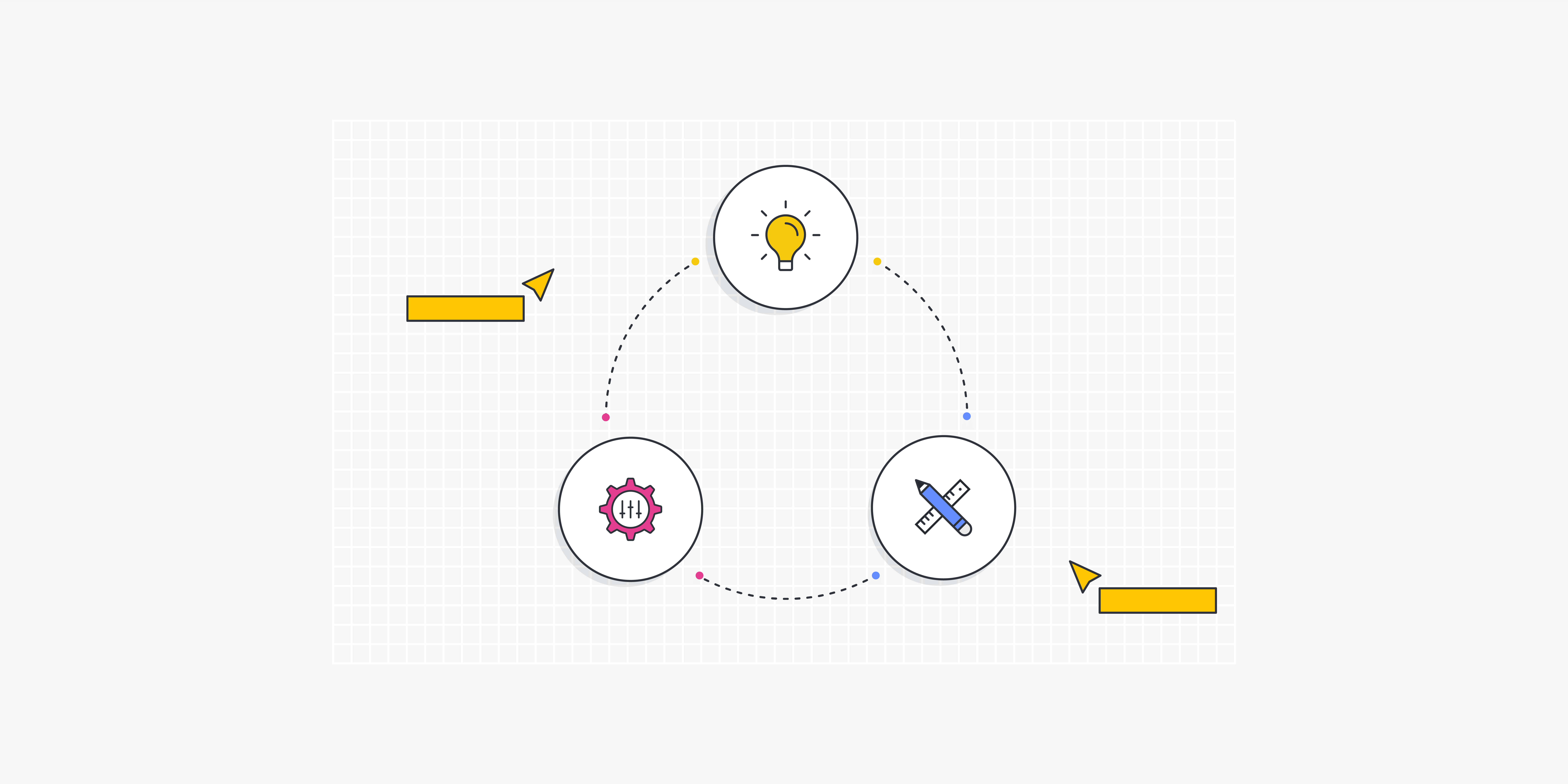 In 2013, Jeff Gothelf published a book called Lean UX: Designing Great Products with Agile Teams. In doing so, he introduced a revolutionary approach to the way products are designed and built.

Since then, lean UX has become quite the buzzword, favoured by startups and agile practitioners. But what does it all mean?

If you’re looking for a no-nonsense, jargon-free guide to lean UX, look no further. We’ll explain:

Lean UX is a collaborative, iterative way of designing and building products.

It goes hand-in-hand with the agile methodology, which originated in the software industry. The agile methodology breaks a project up into short, rapid cycles in order to get things done quickly, with continuous testing and improvements along the way. Lean UX follows a similar approach, working in a constant loop of thinking, making, and testing.

The purpose of lean UX is to harness the power of collaboration, to reduce waste (in terms of time, effort and resources), and to experiment and build rapidly in order to get feedback early on. With this feedback, the product can be improved incrementally.

That’s lean UX in a nutshell. We’ll dive deeper into how lean UX works as we explore the process and principles underlying this increasingly popular approach.

2. What’s the difference between lean UX and traditional UX?

When following the typical UX design process, designers spend a lot of time understanding their users through user research, figuring out the problem space and defining product requirements before they get to actually designing anything. The focus is on scoping out the project fully and comprehensively enough so that when the product is designed and developed, it has a good shot at meeting the user’s needs and adequately solving their pain-points.

With lean UX, you’re not looking to get it right (or even close) straight out of the gate. Rather than laying extensive groundwork before you can create something, lean UX has you building a minimum viable product (MVP) quickly and early on. This enables early and continuous feedback so the product can be improved iteratively — with each iteration (or version) bringing you closer to the end goal. This isn’t to say that lean UX does away with user research and testing; they’re just done with a more “quick and dirty” approach.

It’s often said that lean UX is more collaborative than the traditional UX process. Because lean UX works in short cycles, there’s a constant back and forth between the designers, developers, product managers and other key stakeholders, as opposed to working in silos. Although “classic” UX is still highly collaborative, the sharing and testing of ideas and solutions is not as continuous as it is with lean UX.

Ultimately, traditional UX favours a more thorough, deliverable and documentation-heavy approach prior to actually designing and building anything, while lean UX puts the emphasis on building early on, getting feedback, making quick decisions and improving along the way.

3. The golden rules and principles of lean UX

Lean UX is based on certain rules and principles. Let’s take a look at some of the most important ones now.

Rather than working in silos (i.e. in isolation), different departments and disciplines work together throughout. With everyone involved at each stage, lean UX helps to ensure a shared understanding of the product, the end users, the problem space and general processes.

Not dissimilar to traditional UX, lean UX places problem-solving front and centre. The emphasis is not on designing or building features for the sake of an output. Rather, it’s about making sure you’re solving the right problem and empowering everyone to come up with solutions.

Lean UX encourages you to skip any parts of the process that are time and resource-heavy (like excessive documentation) and to focus instead on creating an MVP (minimum viable product), which you can quickly learn from. The goal is to accelerate progress and, as the name suggests, make the process leaner and more streamlined.

As we’ve mentioned, lean UX has you creating an MVP as early as possible. The goal isn’t to create a near-perfect or even great product right away, but rather to build something you can continuously and iteratively improve.

…and gives you permission to fail

Designing and building in this way encourages experimentation and failure. With lean UX, it’s absolutely fine to get it wrong. You’ll learn soon enough because of the continuous feedback loops – and because you’re building quickly –  you’ll be able to put it right. And, because you haven’t invested too much time and resources in getting it perfect, the fallout of getting it wrong is minimal.

The lean UX process centres on three key phases: Think, Make and Check. It’s a cyclical process that keeps repeating, with the product improving each time the cycle begins anew.

The process starts with your assumptions about –  and understanding of –  the problem space in question. Assumptions are usually gathered in a workshop or through a group brainstorming session and they basically sum up what you collectively assume or think you know.

You can gather assumptions about who your users are, what the product you’re designing is used for and when, what the most important functions and features will be and so on.

Based on your assumptions, you’ll then create a hypothesis (or multiple hypotheses). For example, you might come up with the following hypothesis:

We believe that online shoppers need to be able to place an order without creating a customer account. Providing this option will increase the number of completed orders / reduce the number of “abandoned cart” incidences. We can prove this if we are able to measure an increase in the order completion rate (which currently stands at 15%).

When writing hypotheses, it’s important that you’re able to set a clear and measurable goal for how each hypothesis can be tested. Otherwise, there’s no way to determine if it’s valid or invalid and therefore worthy of pursuing or not.

As we know, lean UX is about building early and that’s the focus of the “Make” phase. You’ll now create a minimum viable product (MVP), which is essentially the most basic version you will need in order to test your hypothesis and gather initial learnings and feedback.

The form your MVP takes will depend on your hypothesis and what you want to test. Taking the example of our online shopping hypothesis, the MVP could be an interactive prototype of the proposed new checkout process, featuring the additional option to place an order without having to create an account.

Otherwise, an MVP might be a very basic wireframe or a website landing page. Anything that can be created quickly and used to test out your hypothesis.

With your MVP in place, you have something tangible to test and evaluate. In the “Check” phase, you gather feedback on your MVP in order to invalidate or validate your original hypothesis. You can do this through A/B testing, site analytics and a variety of user and usability testing methods.

Based on your learnings, you’ll loop back to phase 1 (“Think”) and proceed accordingly. Maybe you need to scrap the initial hypothesis and explore a different problem or perhaps it’s necessary to generate new ideas and angles for the same hypothesis. Either way, you’ll build on the previous cycle and continue to steer the product towards success.

You’ve read this far, so you probably already have a good idea of why lean UX is so popular.

Compared to traditional UX, lean UX is hailed as a huge time and money saver — and, perhaps most importantly, it keeps designers focused on solving the right user problem at the right time.

With the traditional approach to UX, you might spend months designing a particular feature or solution, investing considerable time and resources along the way, only to find that by the time your designs are developed and tested, requirements have changed. The idea you came up with four months ago is no longer relevant or fitting, sending you right back to the drawing board.

Now imagine how that changes if you take a lean approach. You would build and test your initial idea early on, making sure you’re solving the right problem before you invest any more time and resources. By working in short cycles with continuous testing and feedback, you’re able to adapt to changing requirements in real-time.

Lean UX is especially popular with startups and teams who don’t have infinite resources at their disposal. So, if you’re a UX designer with aspirations of working in a startup or a company which follows the agile methodology, it’s important to understand what lean UX is and how it works.

Hopefully this guide has got you off to a good start! If you’d like to dive deeper into lean UX, we can recommend Jeff Gothelf’s book on the topic. 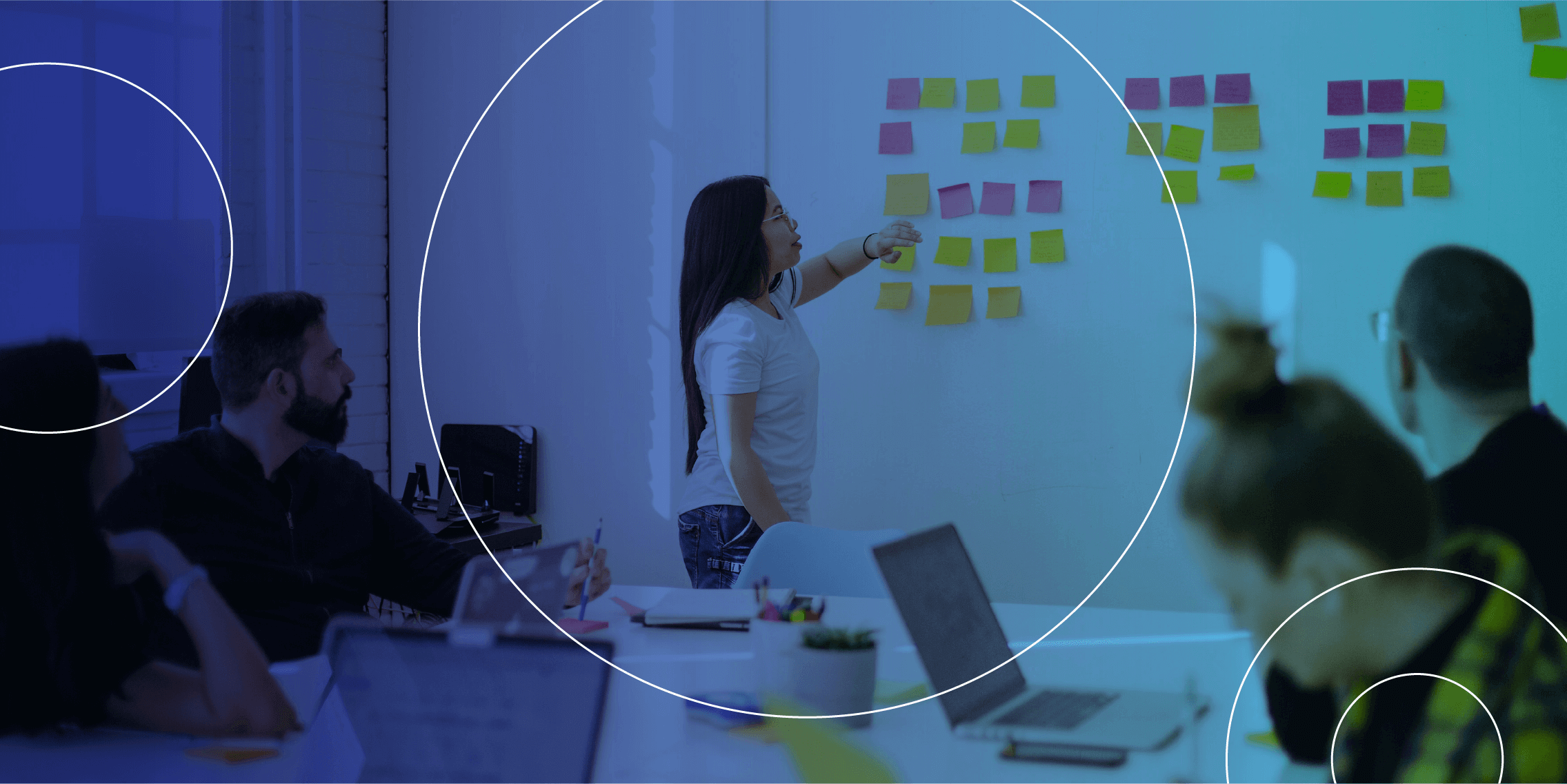 The value of UX Design 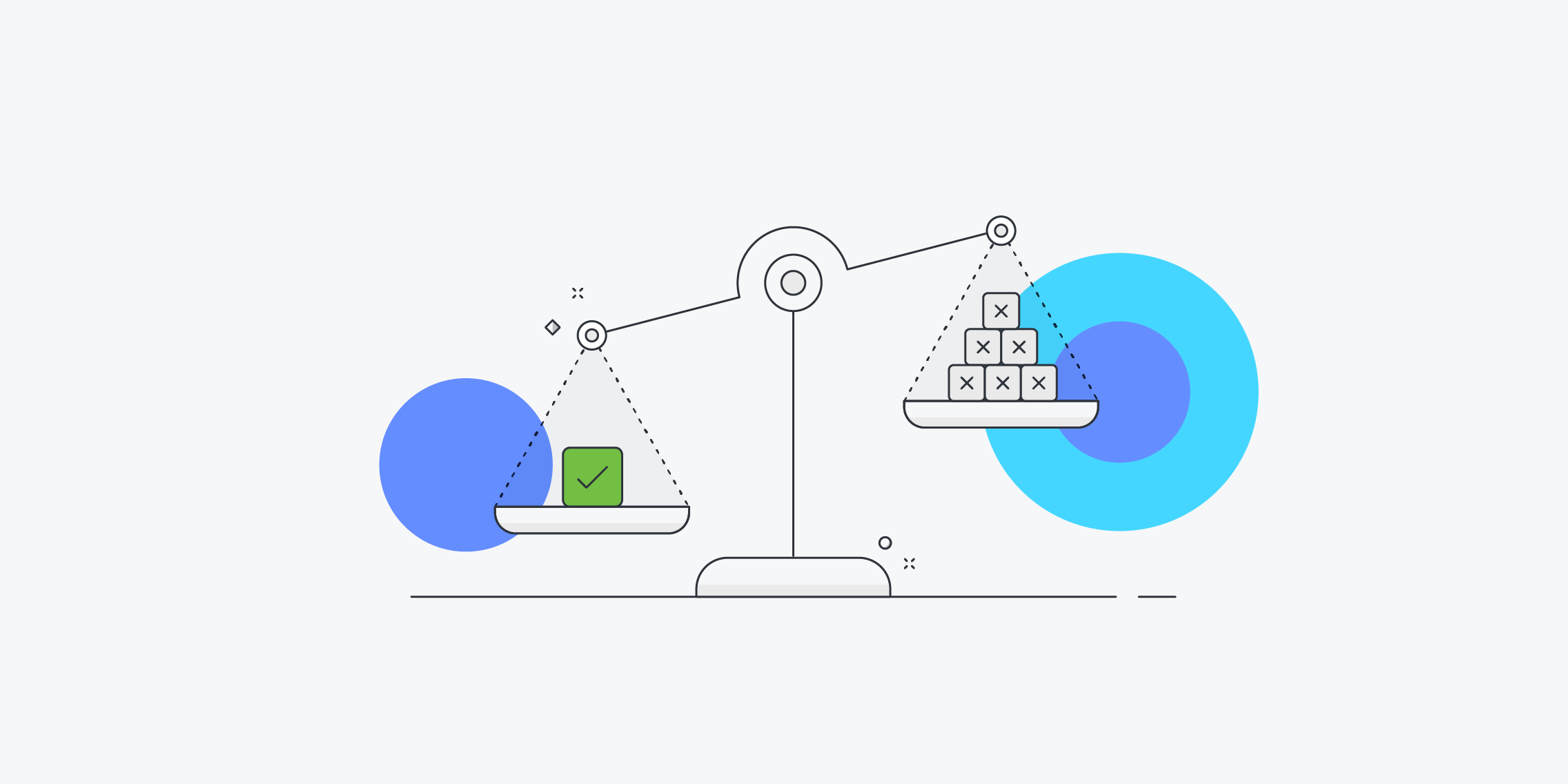 Less is more: How stripping back can improve UX Design 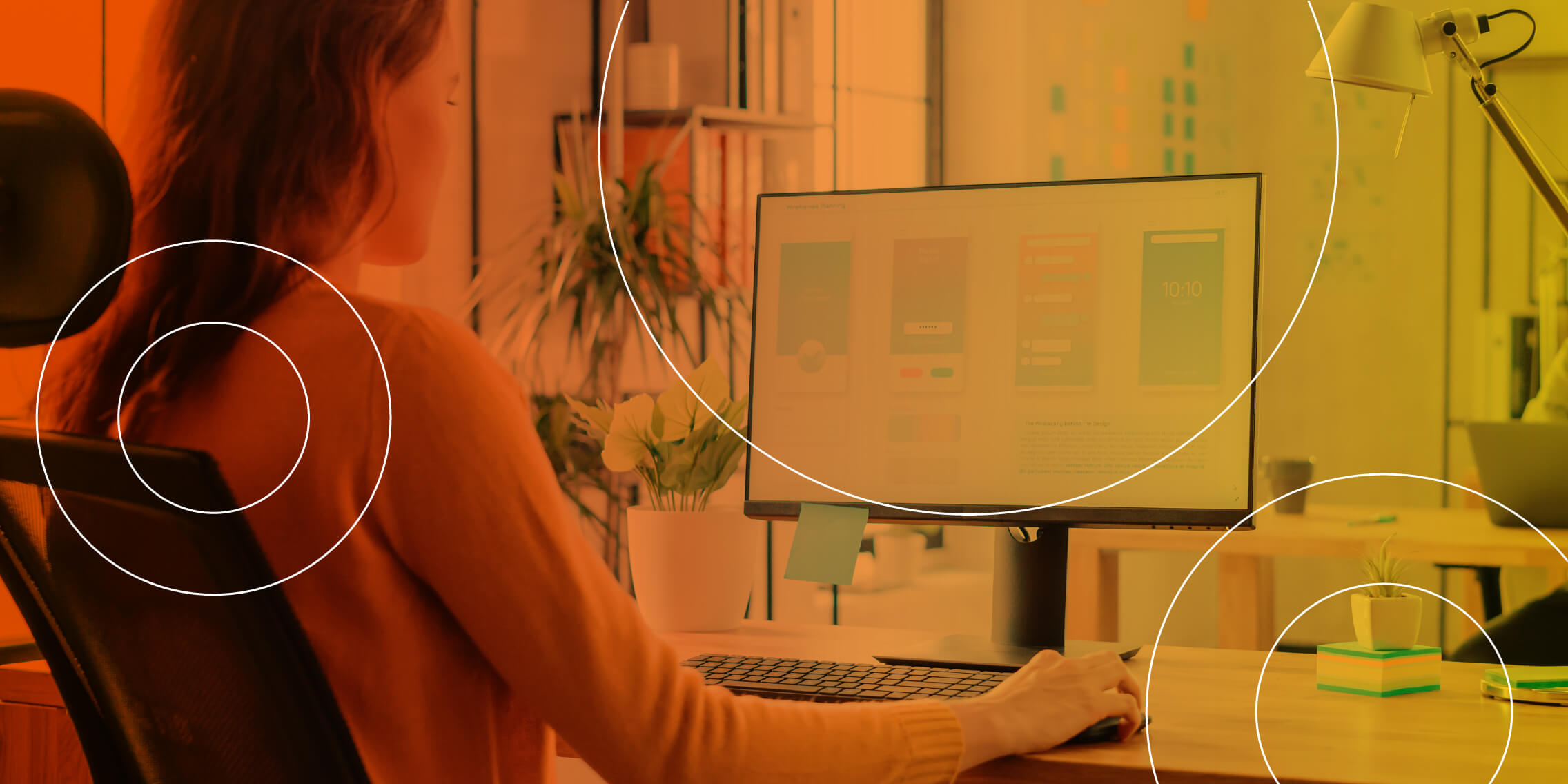 How to land your first UX role