From sales to recruitment to UX. 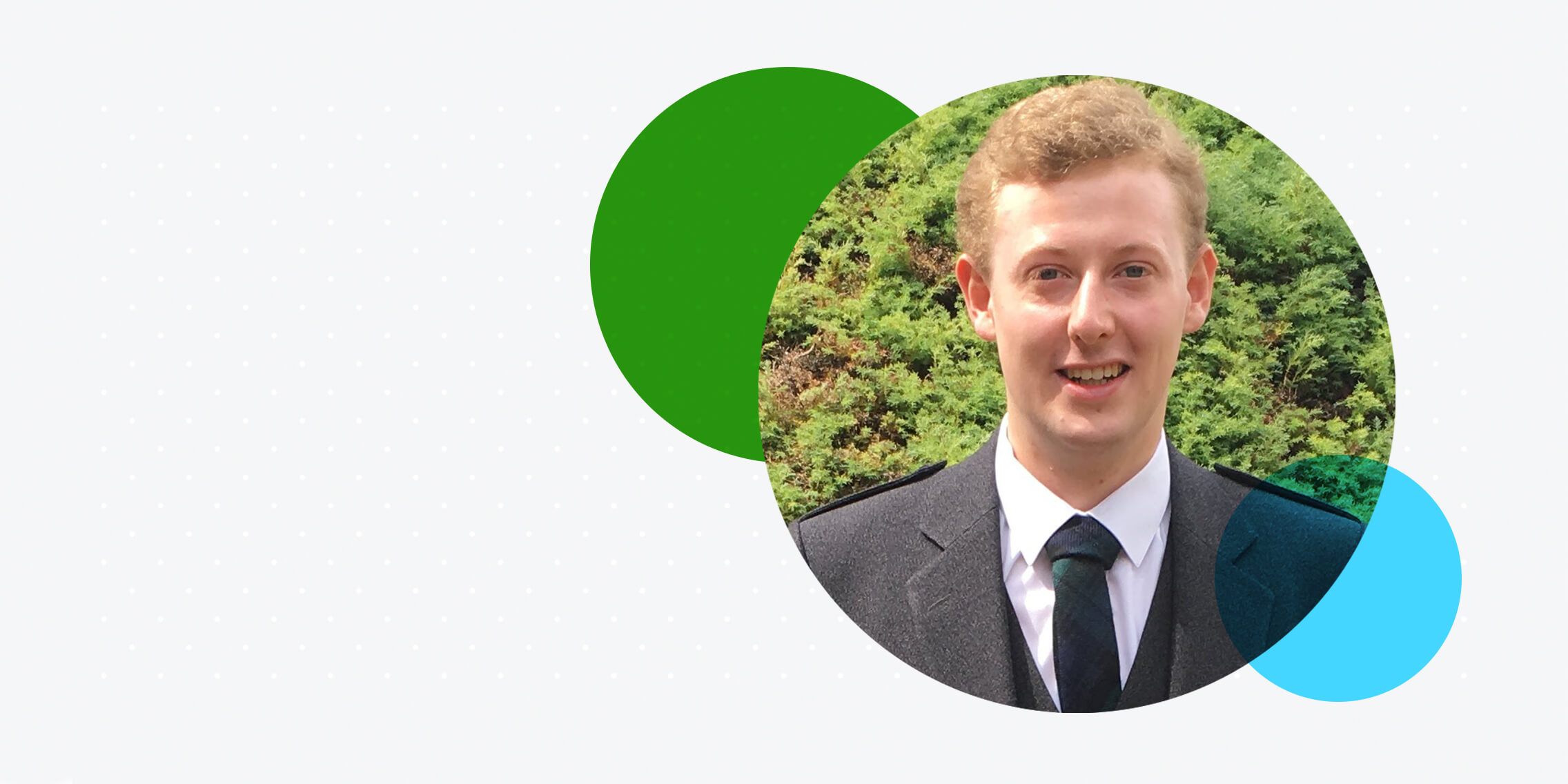 We spoke to Christian Richards about how our Professional Diploma in UX Design helped land his role as UX researcher at a top digital agency and move from recruitment to UX design.

When I was working for an education company in Edinburgh as a relationship manager. The products we were creating had to be exciting and inclusive for kids, but also had to have the analytics side the teachers wanted, and would eventually pay for. So, while not officially being within research, it was a very research-led role. I had a sales hat on but I was on the frontline of hearing customer pain points and trying to understand them. Things like:

We had a UX designer in-house who I fed that research back to and I think that’s where I really got interested in UX design. I considered going back to uni but there wasn’t really any degrees that focused on UX, nothing that fit what I was looking for.

Did you want to upskill or make a career move?

It probably was with a career move in mind. I thought “I don’t want to code, I’m not a graphic designer” but I want to learn more about this. So I was then actually made redundant from that role unfortunately, and about a week later got a call from a recruitment company.

They could see that my background was vaguely within UX research, and I had a strong background in sales and relationship building. They were looking to bring someone in to build a UX section within their tech team.

I saw that as a way to be involved in the UX industry while skilling up in UX itself. I also thought it would allow me to meet UX designers and important people in the field. I took that opportunity and started building up my network.

I was recommended the UX Design Institute diploma by one of the alumni that I met as a candidate, Jenny. She said, “It’s really flexible, you can do it while working full-time, and it’s a solid financial investment compared to other courses or bootcamps.”

Following that recommendation, I looked into it and signed up about three days later. I was doing the course evenings and weekends, and working during the week. I started it in February and sat my exam in November or December. I really enjoyed it, particularly the early stages – the research and mapping stuff out.

So I focused on that, I built out my portfolio and then, at a meetup, I ended up having a conversation with the Head of Strategy at Equator. She told me one of her team was doing the course, so she knew it quite well. We had a conversation and she invited me in for a chat. That turned into a full-blown interview with a presentation attached. I met the director the week after and started in January. It was a bit of a whirlwind year, certainly!

What was it that stood out about our course over others?

I think the two big things were the portfolio and the university credit rating. I was working with loads of people that were trying to get into the industry and I was also working with hiring managers that were recruiting UX people. No one really cared what companies you worked at, what was most important was a portfolio and the way that you actually mapped that portfolio out.

One of my mentors always says that UX is a mindset. Anyone can make wireframes, what he wants to see is that they’re thinking through a portfolio. And certainly I think the way that the course is laid out drives you to develop that; to ask – what’s the thought process behind this?

It’s not a case of just doing a few frames, a few hi-fi designs and there’s your portfolio. It’s more about going through the steps, doing the research, making sure there’s a really strong foundation. You’re starting with the problem and showing how you solved it.

So definitely the portfolio but then also the fact the course was credit rated by Glasgow Caledonian University.

You see a lot of bootcamps that are popping up but the backing of a university like Glasgow Caledonian mattered. They have a very strong reputation when it comes to design and it adds so much more weight to the qualification.

How did you find the course material coming from a non-design background?

I didn’t have any issues at all. The Slack group was great because even though I only posted in it a few times, a lot of other people would post in it more regularly, often asking the same questions I had. Building that community up was really helpful. Jonah was my webinar host and having him on the end of Slack or during webinars, was really helpful too.

How was the level of support while you were studying?

You were free to do your own thing in a timeline that suited you but there was always support there if it was needed. The webinars were really good in terms of having a monthly check in, but you didn’t have to report back every single week, it was very flexible around you. Then, if you needed help there was always someone on the end of slack or an email.

Did you need much technical knowledge to complete the course?

You’re dealing with different types of software like Sketch and Figma which were new to me but I thought they were all pretty easy to pick up. I think because I was working within the industry I knew some of the terminology but even if I didn’t I thought it was all explained really well.

In terms of the actual tools that we used like Sketch and Screen Flow and stuff like that, the very nature of them being UX tools means they’re pretty easy to work with. I didn’t have any issues with any of the technology.

Online learning was a lot easier than I thought it would be. I was a bit worried that I’d sign up for it and then it would just tick away in the background, that I’d never really get round to it but I didn’t struggle at all with deadlines.

You’ve got that structured timeline of six months but then you actually have access to everything for a year. So it’s relaxed but also there’s an end date to keep you on track. I was able to fit the course around my job, just working on it evenings and weekends.

Tell us about your current role

I’m working at Equator as a digital strategist. We do slightly more than just UX, it’s around customer insight in general. So it can be anything from oral work on the projects, to actual UX design of websites or website rebuilds, all the way through to looking at consumer approaches and views. The research phase is very much what I focus on. It’s around the goals and behaviours, building out our personas and then building the journeys.

How did the Professional Diploma prepare you for working in the industry?

I think that the research phase was really, really helpful for what I do now. All of the different ways to do research, from usability testing to competitor analysis, which I do a lot of.

I think where I found it most helpful was going back to what one of my mentor’s Ryan said about UX being very much a mindset.

To work in this industry, you’ve got to have that mindset and I developed that mindset from doing the course.

It gave me an academic understanding of the industry. That was absolutely crucial. Then obviously you build on that with actual experience but you can’t get that experience until you’ve got that foundation in place.

Would you recommend the course?

Oh, 100%. I think certainly out of all of the different courses in the industry right now, I think that your one is certainly the best in terms of covering all the bases and getting that real foundation. Financially as well, I think it’s amazing value for money for what you’re getting out of it.

When you worked in recruitment, did companies value the course?

Absolutely, it was a big selling point to a lot of people. When looking at candidates you could say “Okay, this is somebody with this foundational knowledge and we know that they’re involved in the industry enough to know about the UX Design Institute. So it definitely was. It wouldn’t necessarily get someone hired over another person, but it would certainly get them in the door.

What advice would you give to someone considering taking the Professional Diploma in UX Design?

I think I’d say to completely throw yourself into it, really engage in all of the resources that are available and the access you have to so many people. There are others that are doing the course that you can bounce ideas off or meet up with but also use the actual team at the UX Design Institute – get their thoughts, get their ideas.

Read all the books that are recommended as well, because they’re so interesting and provide real insight. A slightly wider recommendation is just network and go to all the meetups you can, all the events you can, and join the Facebook and LinkedIn groups too.

That’s where you meet people; potential mentors to review your work and potential employers. Looking for a job, if you blanket send your CV to a recruiter or to a company they’re probably not going to look at you. The way that you get jobs off the back of courses like this is networking. It shows you’re investing your time in the evenings or the weekends, so go along to these meetups and really engage with the community.

Can you pick one thing from the course that’s really helped you in your career?

I think the need for empathy and the understanding that you don’t represent your users is the biggest takeaway. It’s certainly something that I come back to daily.

If you want to hear more from our students read more student success stories here or click below to learn more about the Professional Diploma in UX Design. 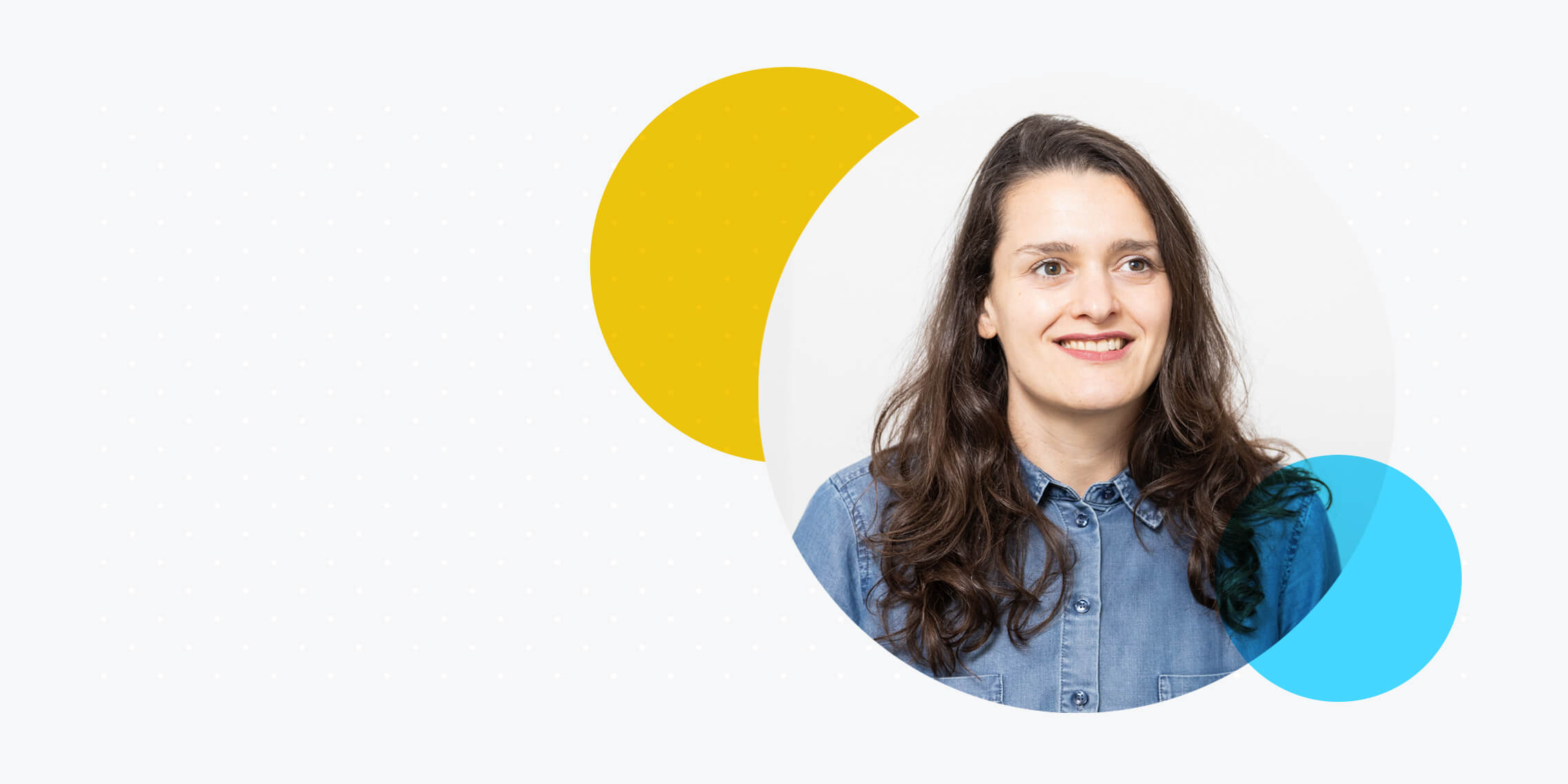 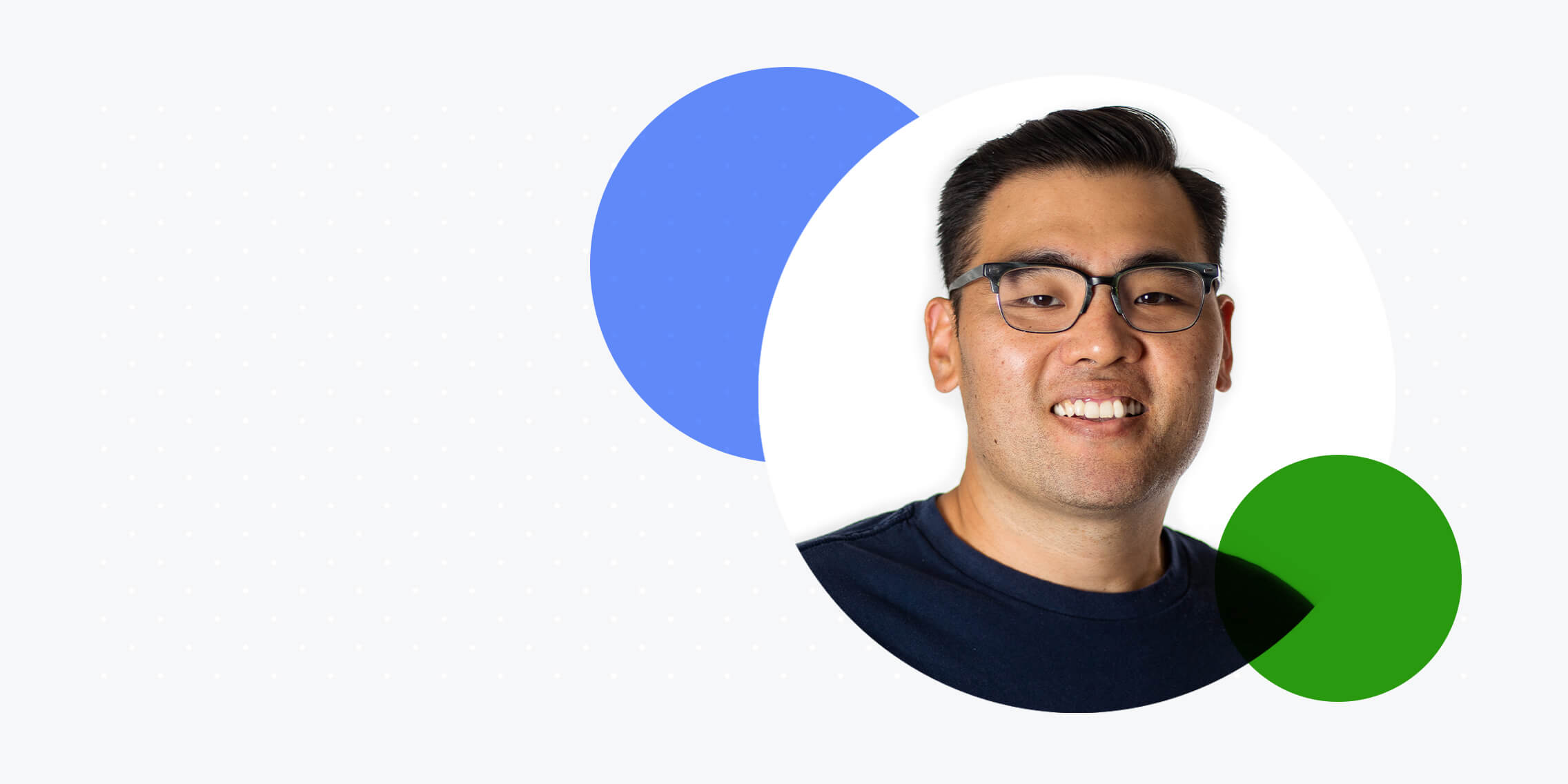