This article is part of the UX Design Institute’s “Alumni Success Stories” series, where we get in touch with our recent graduates to find out about their experiences on our courses and to hear about how their careers are progressing in the world of UX Design.

In this interview, we catch-up with Daniel Guy, who has gone from graphic designer to web developer and now to fully certified UX designer with the help of the UX Design Institute.

Daniel recently launched a website to showcase the portfolio of UX work he built up during his time on the Professional Diploma course, along with some other projects.

Here he talks us through his experiences on the course, how it has helped him on his UX career journey, as well as the process of putting his portfolio together.

Hi Daniel, so to kick us off, can you tell us a little bit about yourself and your career history up until this point? How did you get interested in UX design?

Yes, so I’ve come at this from the graphic design angle. I started as a graphic designer around four years ago. That was working for a branding agency and initially, I really enjoyed the whole brand aspect of it but ended up finding it kind of superficial in a way, in that I didn’t feel like anything was really impacting the world in a major way.

I think it was that realisation that started my journey towards UX. However, before that, I got more interested in web design and doing things that aren’t just static and uninteresting but things that were slightly more dynamic and had more of a behavioural aspect to them.

When you say less static, do you mean more interactive?

Yeah, much more along the lines of interaction and responsive things, rather than adverts or traditional branding or marketing assets and all of that kind of stuff. So that change in thinking got me into the realm of thinking about users and how users behave.

From that point on, I think I was very much interested in going down the line of trying to facilitate how users behave when they’re online and essentially trying to make things easier for them.

So once you developed this interest in UX design, why did you decide to study for a formal qualification in UX?

A very good question. Well, back when I started working with the company I’m currently working for, I started as a junior to mid-level designer. The company’s senior designer had recently left, so I had some pretty big boots to fill.

Before I decided to study for the diploma, I went to Manchester to do UXtraining.com’s two-day foundation course, which is where I initially found out about the UX Design Institute. It was a super useful course, in that I was very much in a position where I needed to learn a lot of information in a short space of time and it really fulfilled those requirements! However, it also prompted me to realise that my knowledge was just the tip of the iceberg and I wanted to know more.

Luckily, my boss first noticed the fact that there was a diploma that you guys were doing, and she said ‘is that something that you’d be interested in?’ and I was like ‘absolutely!’ and that was what led me to do the course.

Great! Before we get into the details of your portfolio, I’d love to ask you a few quick questions about your experience on the course. To start, what aspects of the course did you enjoy the most? And which parts did you think fill in the gaps in your knowledge in particular?

I’d say the research side of things was probably the most fruitful for me because it’s great to be able to design based on hard data and have the confidence to know that you’re actually solving a real problem and that you’re not just designing something that you like or that you think people might like.

As a graphic designer, I was always fairly confident in my abilities there but it’s really the research side of things that’s opened up that landscape of possibilities to me. There’s an objective benefit to research and it’s great to be able to be confident in what you’re doing.

So, earlier you were saying that before doing the course you felt that your UX knowledge was only tipping the iceberg. Upon graduating, do you feel like you came out as a competent UX designer? That you can really flourish in a UX design role?

Yeah, absolutely! As soon as I passed my exam in January, I immediately began implementing what I had learned at work. I went into running workshops, and I actually ran my first set of usability tests last week and that went really well.

I’ve also been involving different members of the team and showing them videos of everything that I’ve captured and they’re definitely getting sold on it and seeing the value there, so I’m definitely trying to hit the ground running and I do feel that the diploma has empowered me to do that.

It sounds like as if, aside from learning invaluable skills, the course has also given you a good confidence boost?

Yeah, the skills of knowing what to do and how to do it but also, that confidence of knowing this is the way that I should be doing it as well. Because I think you need that, particularly when you’re getting pushback from management and stakeholders.

What would be your top piece of advice for anyone currently doing the course or who is considering doing it?

I’d say do it! I think it’s probably the best decision I’ve made in my career so far. I would definitely recommend it and like I’ve just said, in terms of empowering you to give you the skillset that you need and the confidence to do it, I don’t think I could say anything better than that to be honest.

High praise! Ok, now let’s hear a little about your portfolio. We often have students ask for advice on how to put a UX portfolio together; how to structure it, what to include in it, as well as what aspects to highlight.

The Professional Diploma course’s structure is based around the lifecycle of a real-world UX project, the results of which are perfect for use in a UX portfolio – which is exactly what you did. Can you talk me through your course project and how you put the results of it together for your portfolio?

No problem. The project I undertook during the course was to research, analyse and design a flight booking system. It involved putting every part of the UX process into practice, from user research right through to usability testing.

When it came to putting the portfolio together, the way it all originally started was because I wanted to put a presentation together that I could show to my company and give them a summary of what I’ve been doing, what the process was and what came out of it, like what the highlights were and all of that kind of stuff. So, in essence, my portfolio basically started off just as a series of PDFs.

So initially, the genesis of your portfolio was a document to demonstrate to your company the value of your learnings?

Yes, exactly and also because the term ‘UX’ got bandied around somewhat in my company and I wasn’t 100% certain that my colleagues really knew what they were referring to when they were using that term. I found that sometimes towards the end of a project people would be like ‘Oh and then Dan can go away and do some UX’ which wasn’t constructive. I was keen to communicate and sell the UX process itself.

So how did you go about structuring your portfolio to communicate the different steps of the UX process effectively?

Well, as I’ve said, the initial draft was a document to take the staff at my work through the UX process to communicate to them what I found really useful and also to talk about the reasons behind each step of the process.

When it came to putting everything into a formal portfolio for my benefit, the focus changed to emphasise what was achieved at every stage of the process, rather than explaining each of those steps. Essentially emphasising the positive and useful results of the process.

So, I took some of that text out of the initial document but largely what you see on my website now shows the objectives of the project at the start and then systematically goes through the process step by step, describing what I did, what was achieved and what I found useful.

Would you have any particular piece of advice for anyone who is trying to put together a UX portfolio right now?

My advice would be to focus on the content, about what you did, what you achieved, and why that was important to you. I feel the UX process is quite a big thing; the start to finish process of going from research to testing to implementation and that kind of thing. You need to show how you can do that and ultimately how that can be applied to a number of different projects, in a number of different circumstances.

For me personally, I wanted my portfolio to stand out in some way and because I’m from a graphic design background, good aesthetics make me quite happy so I always wanted it to be something that was pleasant looking. However, with this project, aesthetics come second to the actual content that’s on there. In terms of the work that I wanted to showcase, I really wanted to demonstrate to people that I have a process, and to document what that process is by showing examples of all the different phases of the design process.

So your advice is not to get bogged down by pixel perfection and really focus on showcasing how the UX methodology works?

Daniel completed his Professional Diploma in UX Design in January 2019. He currently works as a UX Designer for CEWE Photoworld, a photobook company. Check out his UX portfolio at danguydesign.com.

Want to learn more about the Professional Diploma in UX Design at the UX Design Institute?

Why not check out Jenny Björkman’s story? As one of the UX Design Institute’s first graduates, she landed her dream role in UX straight out the gate. Or if you’re interested in learning more about the course, you can do so by clicking the link below:

Next article 2-3 years experience required? How to break into UX 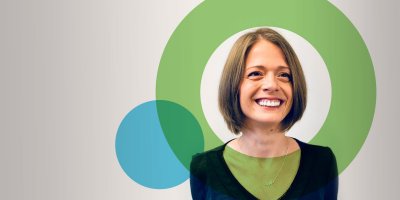